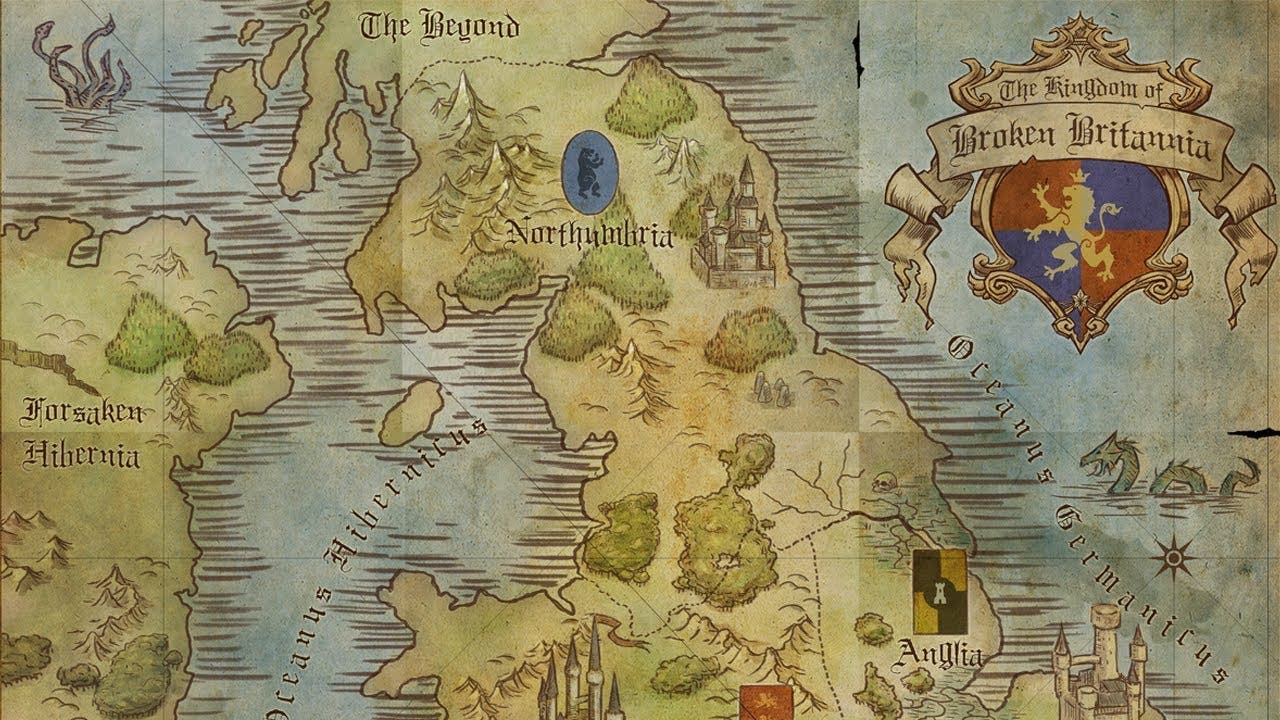 Broken Britannia: A once-thriving kingdom full of alchemical and technological advances, now fragmented by intrigue and deceit. Travel across as a fractured land as Uther and his band of misfits to discover the mysterious origin of a gruesome plague and dispense justice by fulfilling an ancient prophecy. Battle through harsh blizzards and navigate treacherous marshlands on a quest to find the lost sword, Excalibur.

Each of these regions has been carefully designed by the team at Firecast and Fableware and realised in a stunning, unique art style with a strong cartoon-aesthetic. The world may look beautiful but it is deadly and even the fiercest of warriors must tread carefully though Broken Britannia.