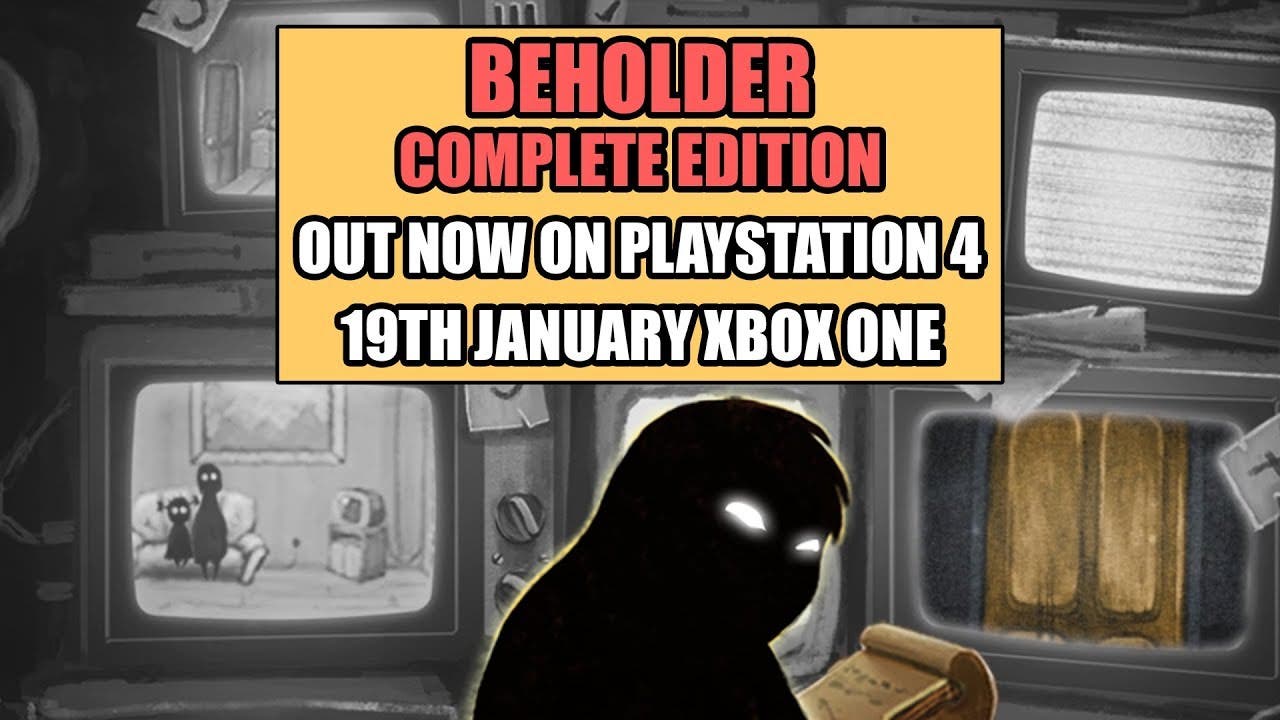 Striking a chord with streamers and media in late 2016, Beholder is now available on the PS4 for those intrepid souls that want to test the hidden recesses of their hearts. In this Complete Edition, which includes the saga-starting ‘Blissful Sleep’ DLC, publisher Curve Digital challenges players to wrestle with impossible choices in a bleak world where the state controls everything, survival is a struggle, and someone is always watching.

“Bringing Beholder Complete Edition to PlayStation 4 and Xbox One is a dream come true for the development team”, said George Morgan, Product Manager for Curve Digital, “We live in an age where people are always on camera and we can’t wait to see what players do when they are the ones doing the watching. Carl’s choices aren’t easy ones to make and we hope the players will agonize over their decisions”.

With procedurally generated scenarios and over 20 different endings to uncover, Carl can choose to protect his family through secret machinations or selfless sacrifice. One thing is for certain: No one is safe and they are watching….

Beholder launches today on PlayStation 4 with a 10% discount for Plus subscribers until January 30th, and Xbox One releases on January 19th packaged with a free copy of Dear Esther Landmark Edition until the 2nd of February.