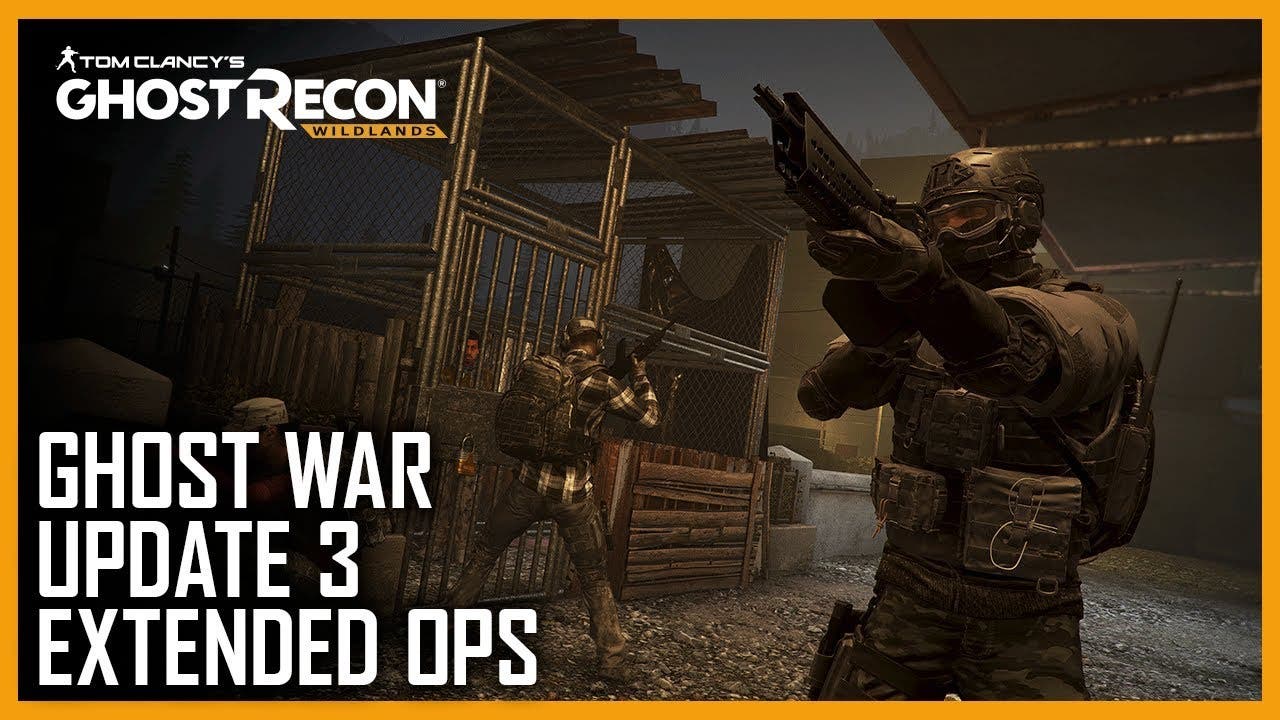 In the new Extraction mode, one team is tasked with locating and escorting one of two High-Value Targets (HVT) out of a conflict zone, while the other team works to stop them by defending the hostages’ location. Planning strategy and making the right decisions will be more important than ever, as the extracted HVT needs to stay alive to win the round.

Extraction comes with two exclusive maps, “Institute” and “Garage”, and will incite players to adapt their playstyles and come up with new tactics. Both new maps are available for both Quickplay and Ranked.

Extended Ops also includes new gear for both the base game and the PvP modes. For all the additions and improvements, please visit http://ghostrecon.com/extendedops.