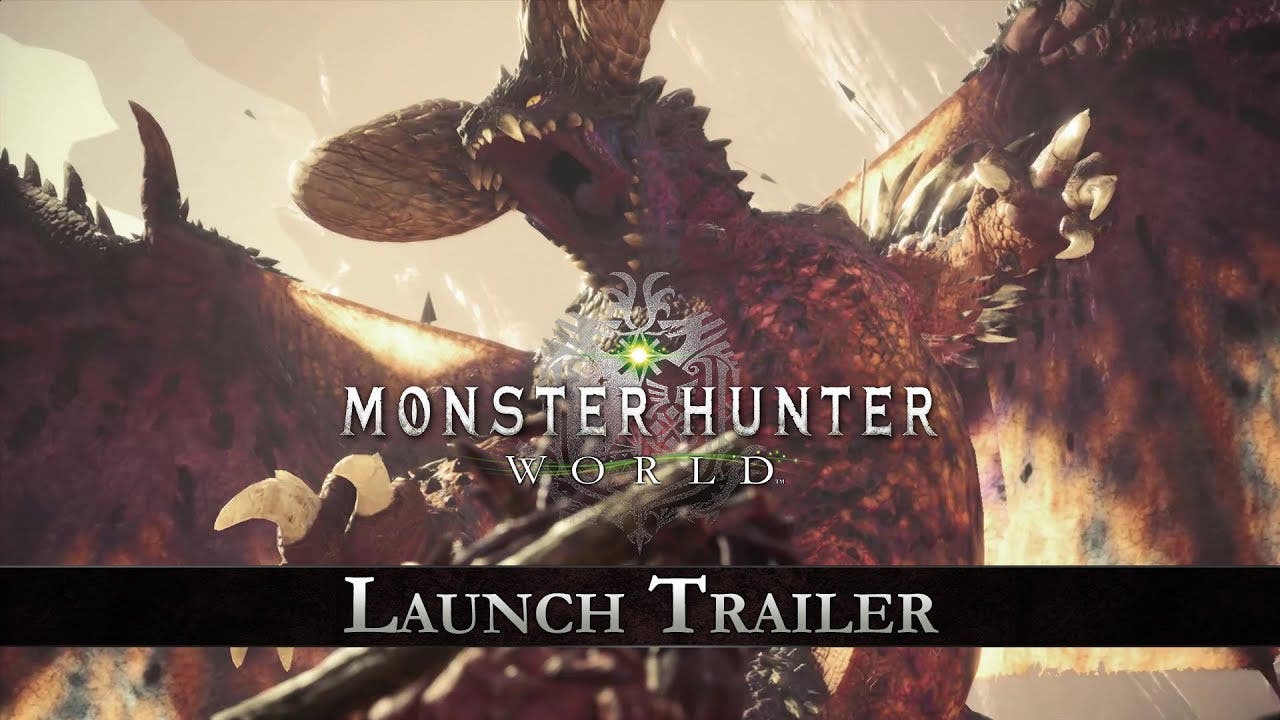 Monster Hunter: World is now available on Xbox One and PlayStation 4

SAN FRANCISCO – Jan. 26, 2018 – Capcom, a leading worldwide developer and publisher of video games, released Monster Hunter: World™ for PlayStation®4 computer entertainment system and the family of Xbox One devices including Xbox One X today, making this the first global simultaneous release for the 40 million unit-selling action RPG series. A PC release will follow in Fall 2018. In Monster Hunter: World, players will take on larger-than-life monsters in a variety of vast living, breathing ecosystems either solo or with up to three other hunters via online co-op, now with both a global player pool and mid-quest drop-in functionality for the first time in the series. A new launch trailer can be downloaded from the Capcom Press Center at http://press.capcom.com.

In Monster Hunter: World, follow the journey of the elder dragons as they begin their once a decade migration across the sea to a land known as the New World in an event referred to by inhabitants as the Elder Crossing. As part of the Guild’s Research Commission, players must embark on a grand journey to this massive, mysterious land and uncover the secrets behind this phenomenon. As hunters set out on their quests, the Commission’s sights are set on Zorah Magdaros, a colossal elder dragon that rises from the earth like a volcano.

The series’ rewarding skill-based progression and robust crafting system is at the heart of the game. With the most accessible and seamless gameplay experience in the series to date, players can take on quests to slay increasingly more challenging and dangerous monsters in the food chain in order to earn materials that can be used to craft stronger weapons and armor with unique abilities based on their fallen foes. The landscape and its diverse inhabitants play a critical role during the hunt as players can strategically use the surrounding environment and wildlife to their advantage. Hunters can now move freely across map areas and use their cunning to draw a monster into a tangle of vines and unleash a flurry of attacks while it’s vulnerable, or lure it into a more fearsome creature’s domain to encourage a territorial face-off that yields massive damage to the target.

Monster Hunter: World will continue to support the community with a bevy of free post-launch content, including PlayStation®4 exclusive Horizon Zero Dawn™ collaboration event quests that will let players earn special materials that can be forged into unique themed equipment. Hunters can see their Palico companions look like a machine from Horizon Zero Dawn through quests available starting today through February 8th. The young machine hunter Aloy also comes to life in Monster Hunter: World with her bow and full armor set through quests available from February 28th through March 5th. In addition to special event quests, the first major title content update will be available in Spring 2018, which will add the fan-favorite Deviljho monster and more.