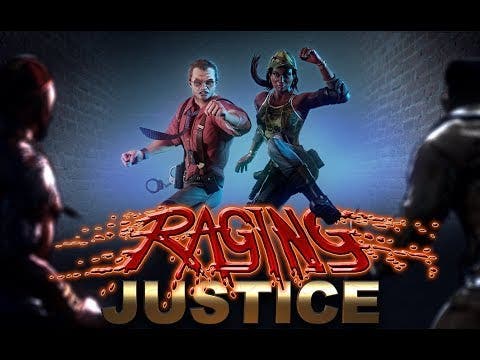 Raging Justice announced, an HD brawler for Xbox One, PS4, Switch, and PC coming in 2018

UK – February 1st – Today, award-winning international games label Team17 and independent dev team MakinGames announced a partnership for the launch of Raging Justice, an exciting, fresh take on a much-loved genre: the beat ‘em up. Raging Justice is coming to Xbox One, PlayStation 4, Nintendo Switch™, PC and Mac in 2018.

The streets of Big Smoke City aren’t for the faint-hearted. Gang lords and their thugs rule, and there’s danger around every corner. The city doesn’t need a hero, it needs someone who is tough and rough enough to take on the scum that festers in the streets. The city needs some RAGING JUSTICE.

It’s just what gritty maverick cops Rage and Justice are ready to take on:

For fans of the genre, Raging Justice is a classic style brawler brought back to life with HD graphics and surround sound. Battle your way through hordes of thugs, unleashing maximum brutality with Rick Justice and Nikki Rage’s savage fighting styles as you choose whether to arrest or annihilate your foes. Whether you play as good cop or bad cop has consequences and will result in a different ending to the game.