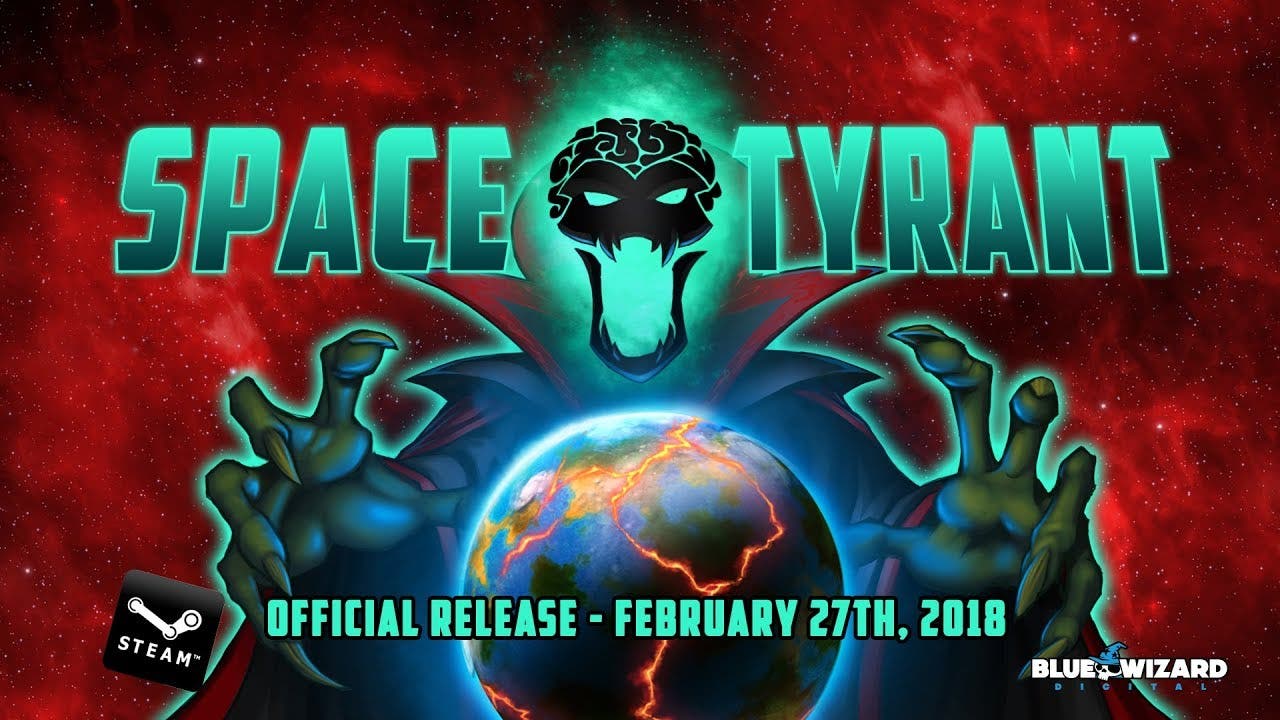 Space Tyrant ramps up for total dominance as it breaks free of Early Access with 1.0 release on February 27th

From the guys who made Slayaway Camp, Peggle, and Plants vs Zombies, Space Tyrant is a fast-paced roguelike-lite-ish 5X* game set in a grimly grimdark future of eternal war. Build a terrifying space fleet, make enemies and disintegrate peaceful extraterrestrials in your relentlessly unpleasant march to total domination! As well-known internet Tuber guy TotalBiscuit said, “This is really awesome!”

Space Tyrant is a zero-attention span mega-empire builder where you can enjoy titanic space battles and huge galaxy-wide conquests, yet not run over your employer-mandated allotment of lunch-eating minutes.

“We’re confident Space Tyrant is the only turn-based space strategy title on the market where you can get through a complete game in under 400 hours,” said Blue Wizard’s Isaac Aubrey. “It’s built by hardcore 4X fans who know exactly what fat to trim away and what’s needed to keep it tasty. Also there are giant space hamsters.”

Space Tyrant is currently available on Steam Early Access for $19.99, with a launch week discount planned for its 1.0 release on February 27th.

To find out more, visit: http://spacetyrantgame.bluewizard.com/