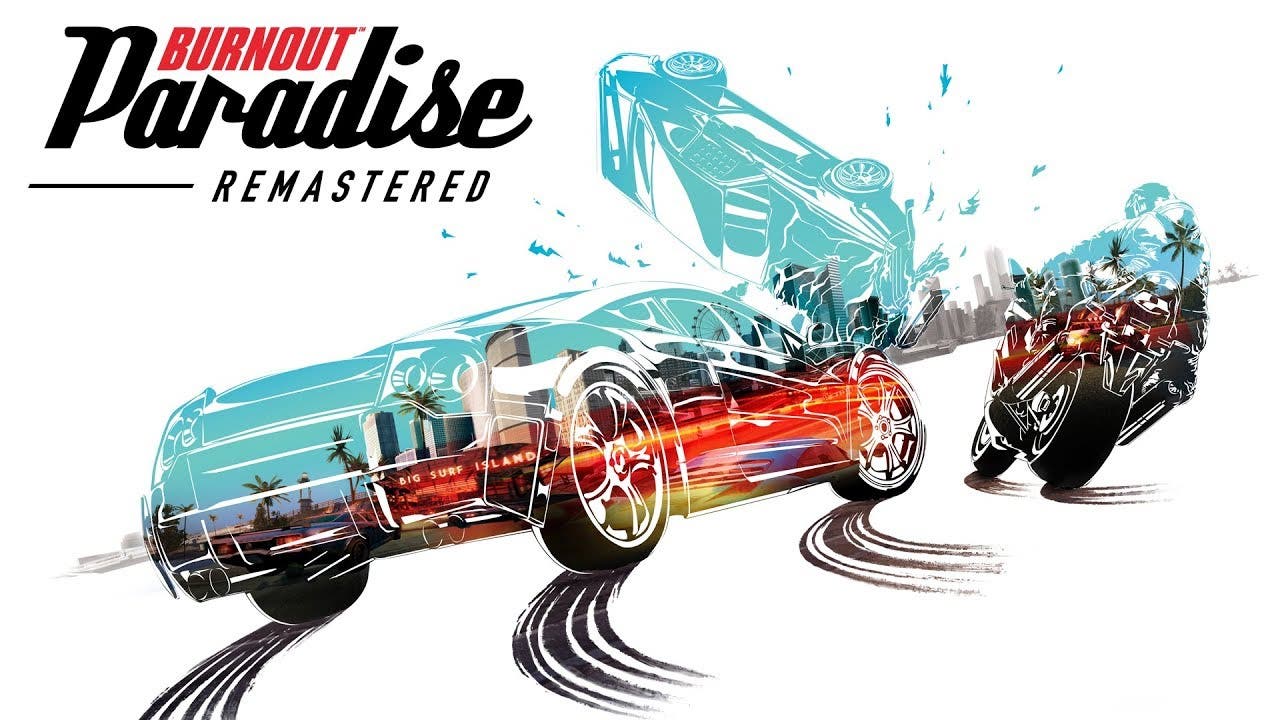 Burnout Paradise Remastered coming to PS4 and Xbox One on March 16th, PC later this year

GUILDFORD, United Kingdom – February 20, 2018 – Criterion Games, a studio of Electronic Arts Inc. (NASDAQ: EA) today announced Burnout™ Paradise Remastered will become available March 16th, 2018 on the PlayStation® 4 computer entertainment system and Xbox One, the all-in-one games and entertainment system from Microsoft, inviting players to wreak havoc and unleash automotive anarchy once more. Players will be transported back into the world of Paradise City to tear it up in the ultimate driving playground, from hectic downtown avenues to the wild mountain roads. Pull off high-octane stunts and create insane car destruction in one of the greatest arcade-driving games ever created.

Burnout Paradise Remastered includes the original base game and the eight add-on game packs released during the Year of Paradise*, including the extension to the drivable world with Big Surf Island. Burnout Paradise Remastered also features a range of technical enhancements for greater visual fidelity, including high resolution textures for players to explore Paradise City in 4K with supporting 60FPS on the PlayStation 4 Pro and Xbox One X.

“When people think of Criterion Games, they often remember the Burnout franchise and for good reason. What we created 10 years ago, is as fun and unique today as it was back then,” said Matt Webster, General Manager at Criterion Games. “Burnout Paradise is an open world arcade racer built to provide players the thrill of racing with their friends, in a free form way that’s both seamless and immersive. Featuring Criterion’s trademark speed and destruction with awesome stunts and spectacular crashes. With the release of this remaster, we’re able to share this action-packed ride and innovate online vehicle play with a whole new generation of players.”

Burnout Paradise Remastered is rated E10 by the ESRB and is available digitally and in stores for $39.99 on PlayStation 4 and Xbox One. It will be available later this year on Origin™ for PC, bringing the Big Surf Island add-on to PC players for the very first time. EA Access members will also get to play Burnout Paradise Remastered before its worldwide launch, starting on March 9th, 2018 via the Play First Trial**.