Fear the Wolves gets new screenshots for the Battle Royale FPS coming to Early Access this summer on PC, consoles later

Survive the post-apocalyptic danger zone of Fear the Wolves, the upcoming competitive Battle Royale FPS by S.T.A.L.K.E.R veterans, Vostok Games. The game drops players, in squads or as lone wolves, into the oppressive environment of a radiation-ravaged Chernobyl. The classic Battle Royale mode forces them to fight to be the last man standing out of 100 fighters, while another to-be-unveiled mode brings an exciting twist to the genre.

To secure the top spot, players will need to worry about more than just other survivors. Across the hostile wastes, everyone is threatened by deadly anomalies and the dynamically-changing weather. With time wearing on and the day turning to dusk, survivors are forced to constantly adapt their strategies. Protective gear allows players to explore dangerous off-limit radioactive zones inaccessible to less-equipped opponents – but filled with powerful loot. All the while, the howls of mutated creatures echo through the wasteland…

Further breaking the mold of the genre, every game is made truly unique by the irregular and unpredictable spread of deadly radiation, which organically closes in on players with different stages of toxicity. Safety is rarely certain, and adept players will need to read the environment to determine when it is no longer wise to remain in an area. Between all this, other players, tight shooting mechanics, and an arsenal of guns and melee weapons at your disposal, no two matches are the same.

These new screenshots showcase some of the locales players will visit while scavenging for weapons and hunting other players, including factories, power plants, small towns, and villages. There is also an exclusive first look at the game’s mutant wolves – fearsome creatures that stalk the perimeters of radioactive zones, attacking players in packs and proving formidable foes for anyone not adequately armed.

More information will be revealed at E3 2018 next month, so stay tuned for more!

Fear the Wolves comes to PC in 2018, later on consoles. Early Access begins this summer on PC. 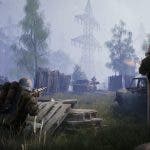 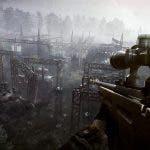 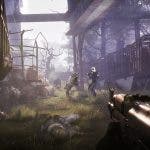 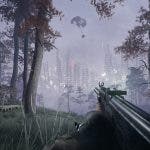