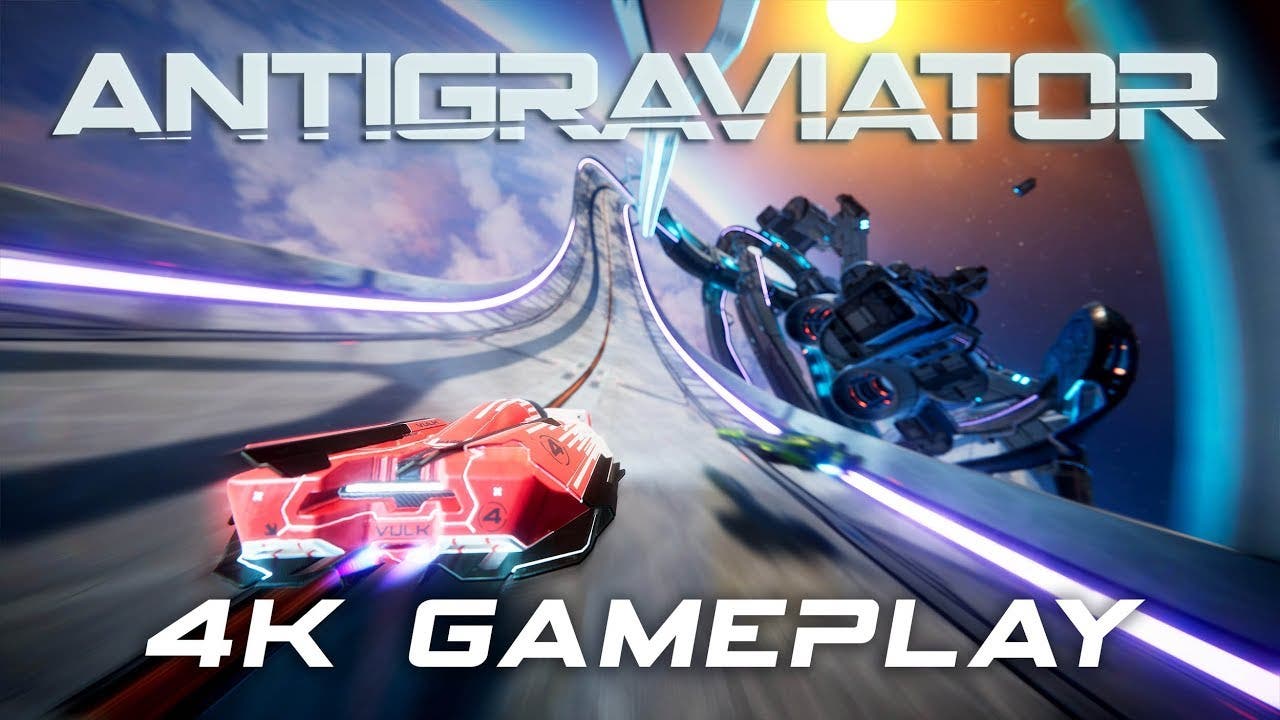 Antigraviator, the anti-grav racer is now available on PC

Haarlem, the Netherlands, June 6, 2018 – Publisher Iceberg Interactive and developer Cybernetic Walrus announce that their multi-award winning anti-gravity racing game Antigraviator is available on PC today through Steam and other digital retailers, at an SRP of $24.99. To mark its release, the game will receive a 10% discount during the week of launch.

With a respectful nod to old favourites WipeOut™ and F-Zero™, Antigraviator is a sleek new take on the anti-gravity racing genre. Use traps, power-ups and boosts to overtake your opponents and dominate the track in single player or multiplayer mode. In a unique twist, the player has unlimited speed at their disposal, the only limit being their skill and ability to avoid walls and obstacles.

A new 4K-gameplay video shows just how fast the game can co, with speeds reaching up to 1200 km/h in this video alone: https://youtu.be/kV6qG1ANEDY

Iceberg Interactive CEO Erik Schreuder says: “This game has rapidly become an office favourite and staff are relishing the opportunity to race other gamers worldwide.”

Curious gamers are now able to get their hands on a demo, to get a taste of the pure speed Antigraviator offers. The demo is available through Game Jolt andItch.io.

For the upcoming console release, players can stay up-to-date by subscribing to the newsletter through the official Antigraviator website.