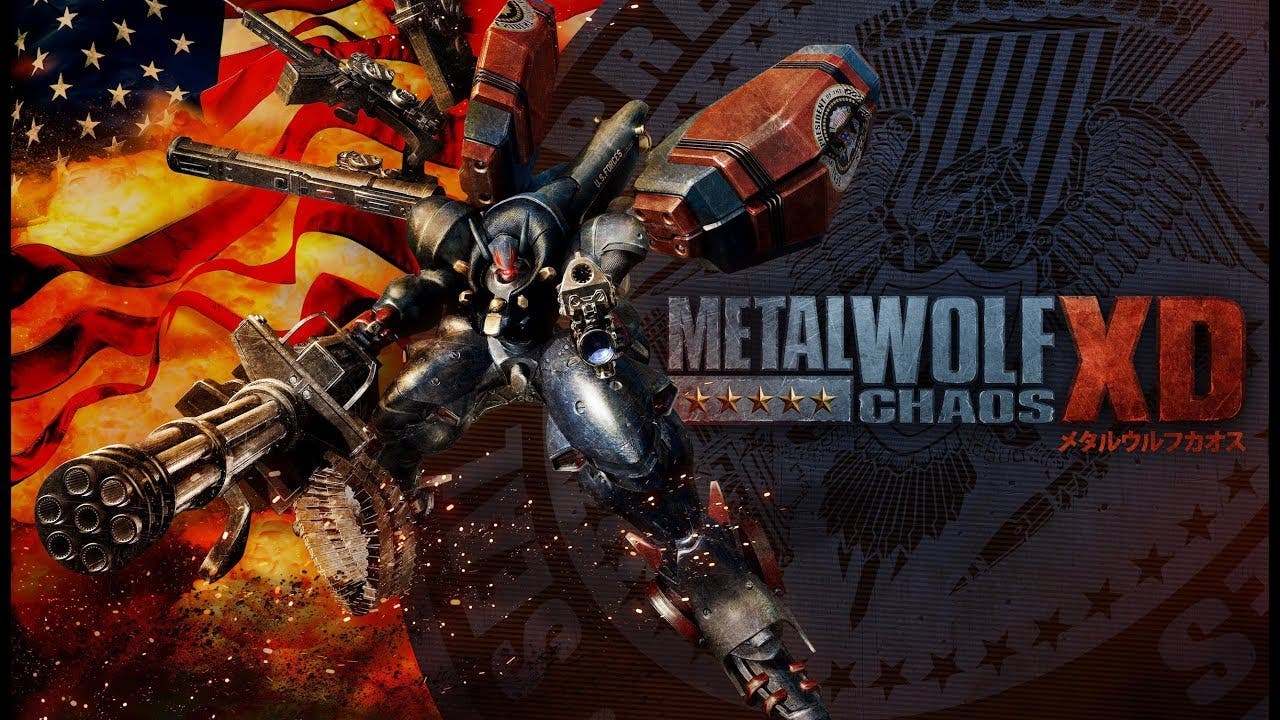 E3 2018: Everything that was shown at the Devolver Digital Big Fancy Press Conference

THE VERY BACK PARKING LOT ACROSS THE STREET FROM THE LOS ANGELES CONVENTION CENTER AND BEHIND THAT HOOTERS RESTAURANT – June 10, 2018 – Independent game label Devolver Digital has pulled back the nachos-cheese-stained curtain on a myriad of new games during their 2018 Big Fancy Press Conference ahead of this year’s Electronic Entertainment Expo. Introduced by the seemingly indestructible CEO Nina Struthers, Devolver Digital revealed a remaster of From Software’s 2004 mech opus Metal Wolf Chaos, a new look at Gamepires’ supermax survival sim SCUM, and the wildly frantic gun ballet My Friend Pedro.

Metal Wolf Chaos XD is a rearmed and modernized release of From Software’s legendary mech shooter Metal Wolf Chaos, previously release in 2004 as an Xbox exclusive only in Japan. For nearly 15 years, From Software fans have asked for an updated global release with their prayers finally answered in a collaboration between Devolver Digital, From Software, and General Arcade. Metal Wolf Chaos XD brings updated visuals, refined gameplay, and support for 16:9 4K displays to Xbox One, PlayStation 4, and PC later this year [mechamericagreatagain.com].

SCUM is the next era in open-world survival sim games, developed by Gamepires in cooperation with Croteam, set to enter Steam Early Access this summer. Prisoners–turned-livestream contestants will struggle to survive against the elements, wildlife, and fellow contestants – both live and undead – in a strikingly rendered world. Hardcore survival gameplay is seamlessly mixed in with versus mode ‘network events’ put on by broadcaster TEC1 as players volunteer to enter ongoing clashes against one another in enclosed areas of the terrain in hopes of winning top tier loot and weapons[scumgame.com].

My Friend Pedro is a violent ballet about friendship, imagination, and one man’s struggle to obliterate anyone in his path at the behest of a sentient banana. No, you totally read that right. The strategic use of split aiming, slow motion, and the ol’ stylish window breach create one sensational action sequence after another in an explosive battle through a violent underworld. My Friend Pedro will launch on Nintendo Switch and PC in early 2019 [deadtoast.com].

Serious Sam 4: Planet Badass reignites the classic series on a brutally bigger scale and takes fans on a new adventure full of bullets, guts, and…one-liners. Croteam will be demoing the newest entry in their storied FPS series to media and partners during E3 with first-looks at gameplay all week.

Devolver Digital is celebrating this year’s selection of games alongside highlights from previous trailer park features in the Devolver Digital E3 Steam Sale event where players can get featured games for up to 75% off [e3.devolverdigital.com] so buy those sweet games so we can make more heads explode in next year’s press conference.