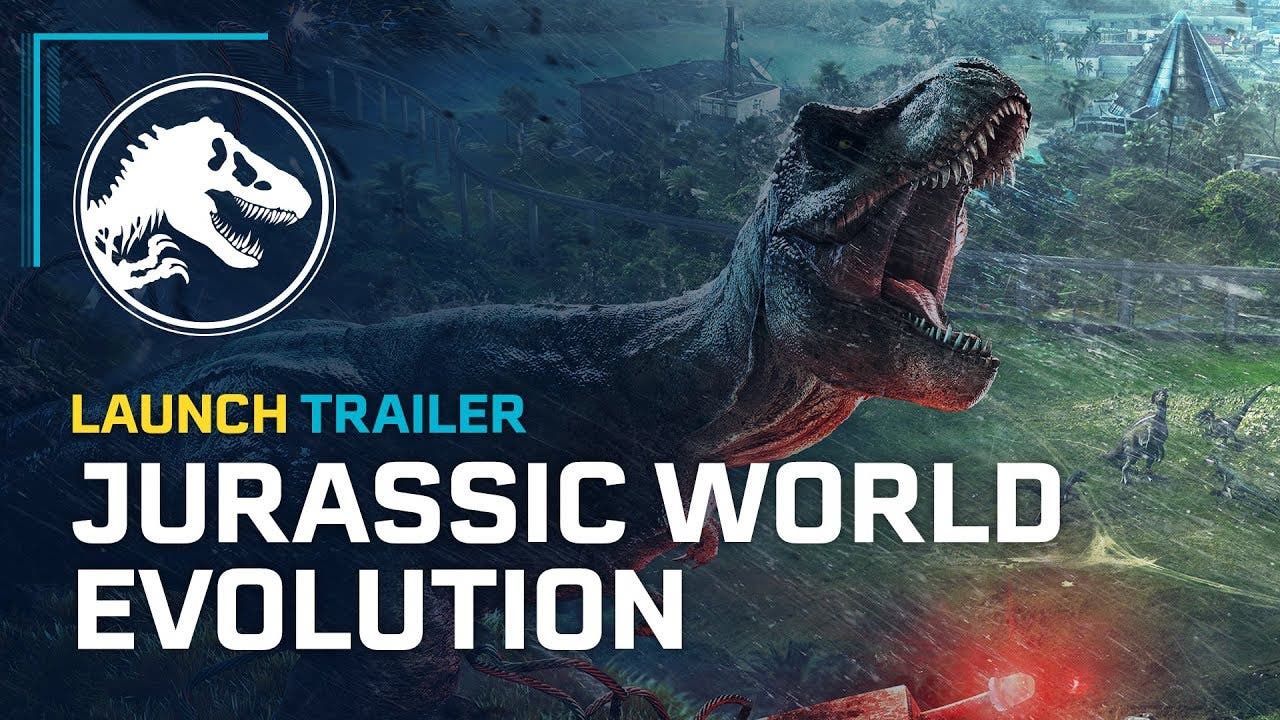 Jurassic World Evolution is now available on PC, PS4, and Xbox One

From Press Release:
Cambridge, UK — June 12, 2018 — Frontier Developments plc (AIM: FDEV), in partnership with Universal, today launched Jurassic World Evolution for PC, the PlayStation®4 computer entertainment system and the Xbox One all-in-one games and entertainment system. Based on Universal Pictures and Amblin Entertainment’s blockbuster franchise and created in collaboration with Universal, the game expands on the original Jurassic World mythology and puts players in charge of the Park, where they will have the opportunity to create and manage their own Jurassic World.

Jurassic World Evolution places players in charge of operations on the legendary Isla Nublar and the surrounding islands of the Muertes Archipelago. In charge of its destiny, players can construct attractions, containment and research facilities as they build their own Jurassic World. They can bioengineer new dinosaur species that think, feel and react intelligently to the world around them, and can choose to control the big picture with deep, accessible management options or go hands-on to confront challenges on the ground or in the air in action-based gameplay. Every choice leads to a different path and spectacular challenges arise when “life finds a way.”

Jurassic World Evolution features Jeff Goldblum as Dr. Ian Malcolm, who guides players through the moral choices and tactical decisions that will test their building and management skills as they attempt to successfully run their own Jurassic World. He is joined by Bryce Dallas Howard as operations manager Claire Dearing and BD Wong as geneticist Dr. Henry Wu in an all-new story that touches on key characters and events from across the Jurassic World franchise.

“Jurassic World Evolution immerses players and fans of the movies in the Jurassic World universe,” said Jonny Watts, Frontier’s Chief Creative Officer. “With masses of rich franchise lore, iconic characters, incredible living dinosaurs and islands you can reshape and construct however you choose, Jurassic World Evolution brings the dream of building and running your own Isla Nublar to life. This is YOUR Jurassic World, and we can’t wait to see what players create.”

“Our collaboration with Frontier introduces a deeply rich, thrilling and fun gameplay experience that lets players engage with Jurassic World in ways they never imagined,” said Chris Heatherly, Executive Vice President of Games and Digital Platforms, Universal Brand Development. “Featuring iconic characters and events spanning the beloved series, Jurassic World Evolution is an authentic adventure that can be enjoyed for years to come.”

Jurassic World Evolution is available digital-first as a downloadable title for PC on Steam, and for console on PlayStation Network and the Xbox Games Store. A physical release for PlayStation 4 and Xbox One will be available in stores 3 July 2018.

Jurassic World: Fallen Kingdom arrives in theaters around the world this month.