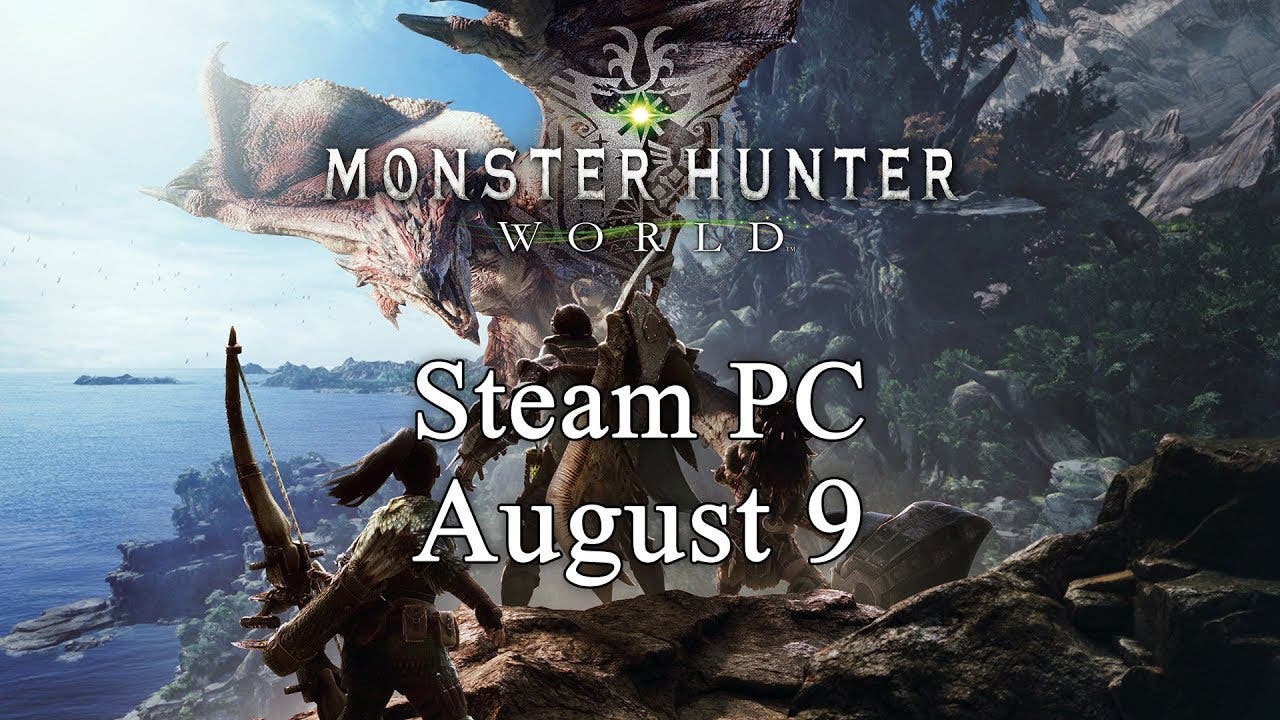 Monster Hunter: World is coming to Steam on August 9th

The wait for the critically-acclaimed Monster Hunter: World on PC is almost over! Originally planned for Fall 2018, Capcom has now confirmed it will be arriving on August 9th, 2018. The title that released for consoles earlier this year has since gone on to become Capcom’s best-selling game in company history with over 8 million units shipped globally. In this entry, players take on larger than life monsters in a variety of vast, living, breathing ecosystems either solo or with up to three other hunters via online co-op, complete with drop-in functionality, a first for the series. A new trailer has been released today to mark the upcoming PC release which can be downloaded here.

In Monster Hunter: World, follow the journey of the elder dragons as they begin their once a decade migration across the sea to a land known as the New World in an event referred to by inhabitants as the Elder Crossing. As part of the Guild’s Research Commission, players must embark on a grand journey to this massive, mysterious land and uncover the secrets behind this phenomenon. As hunters set out on their quests, the Commission’s sights are set on Zorah Magdaros, a colossal elder dragon that rises from the earth like a volcano.

Future updates will add new content and gameplay features. Updates and fixes made in other platform versions will be gradually applied to the PC version. The Event Quest schedule will differ from other platforms so fans should stay tuned to official Capcom channels for more details on additional content release dates.

Full PC specs are as follows: