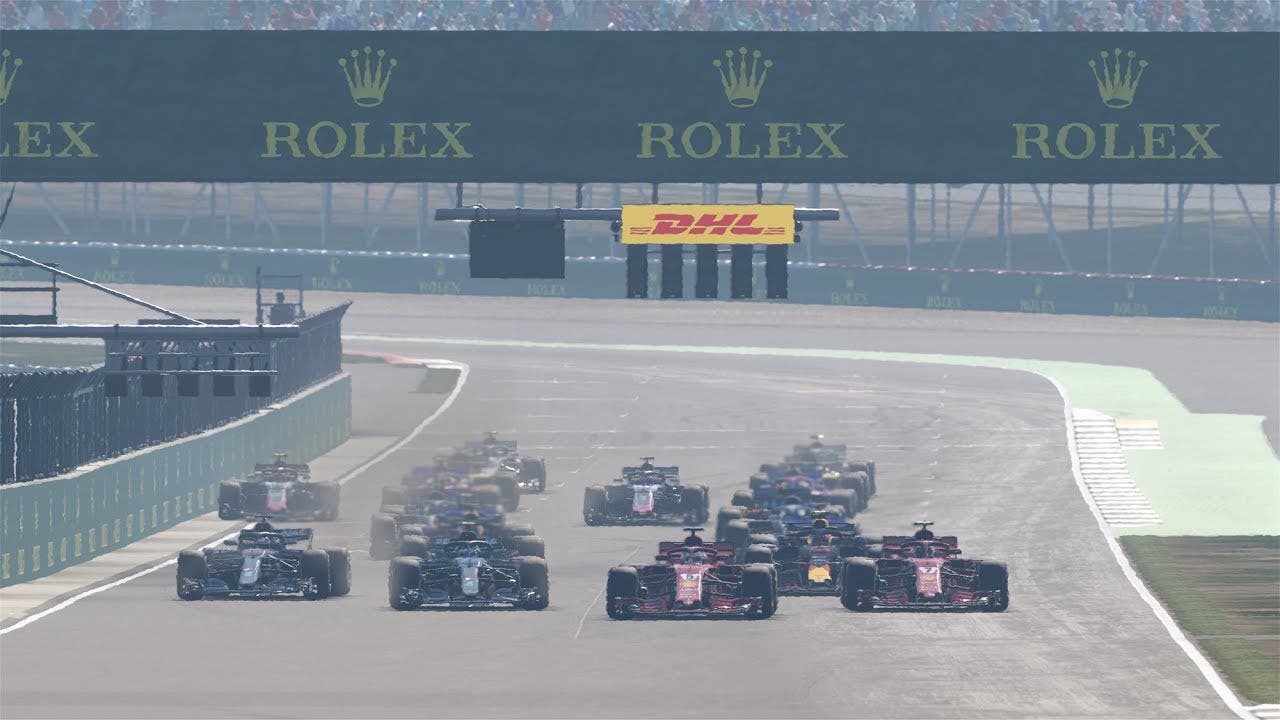 Larkspur, Calif. – July 31, 2018 – Codemasters® has released the first full gameplay video for F1® 2018, the official videogame of the 2018 FIA Formula One World Championship™, which reveals the incredible depth and feature set of this year’s game. Launching onto PlayStation®4 computer entertainment system, the Xbox One family of devices including the Xbox One X and Windows PC on August 24, 2018, F1® 2018 lets you follow the path and career of an F1® driver like never before.

Featuring the most in-depth career mode ever seen in the franchise, 20 classic cars from the history of the sport, and new stunning visuals, F1® 2018 takes F1® gaming to the next level.
The new trailer is available to view now at www.youtube.com/formula1game.

“This is the most complete F1® experience that Codemasters has ever created,” said Game Director Lee Mather. “The Career mode is the central point of the game and has been greatly expanded with the inclusion of pressurized press interviews that will directly affect your path through the sport. There is also far more flexibility for the player, including the ability to select your own rival and negotiate team moves during the season. The Career mode also expands the player’s research and development options, with each F1® team now having its own unique technology tree with differing strengths and weaknesses. What’s more, F1® 2018’s Career will also feature significant rule changes between seasons during the Career for the first time.

“The game’s handling has also been reworked using real world F1® data to give us new suspension and chassis physics, as well as the introduction of manually deployed ERS. This all means that the cars feel great to drive and you can really feel the difference between the modern cars and the 20 classics there are in the game. There is a huge contrast between the low aero, low grip cars from the 1970s compared to the 2018 cars.”

As well as improvements to the career, classics and simulation, F1® 2018 has also undergone a significant graphical uplift with the inclusion of new visual elements, including environmental mist, heat haze, track mirage effects, new engine heat haze and off racing line dirt kick-up which brings it even closer to the real sport.
When playing online, the game’s new Super License system is designed to minimize the effects of poor driving in multiplayer races. Players are rated on their skill levels and driver etiquette and then matched with other gamers of a similar ability and driving style.
F1® 2018 is the official game of the 2018 FIA Formula One World Championship™ and features all of the official teams, drivers and circuits from the thrilling season. This includes the return of the iconic Hockenheimring and the addition of the FORMULA 1 PIRELLI GRAND PRIX DE FRANCE at the Circuit Paul Ricard.
Follow Codemasters F1 games blog (http://blog.codemasters.com/f1/) and social channels on Twitter (https://twitter.com/Formula1game) and Facebook (https://www.facebook.com/formula1game) for future updates.
# # #