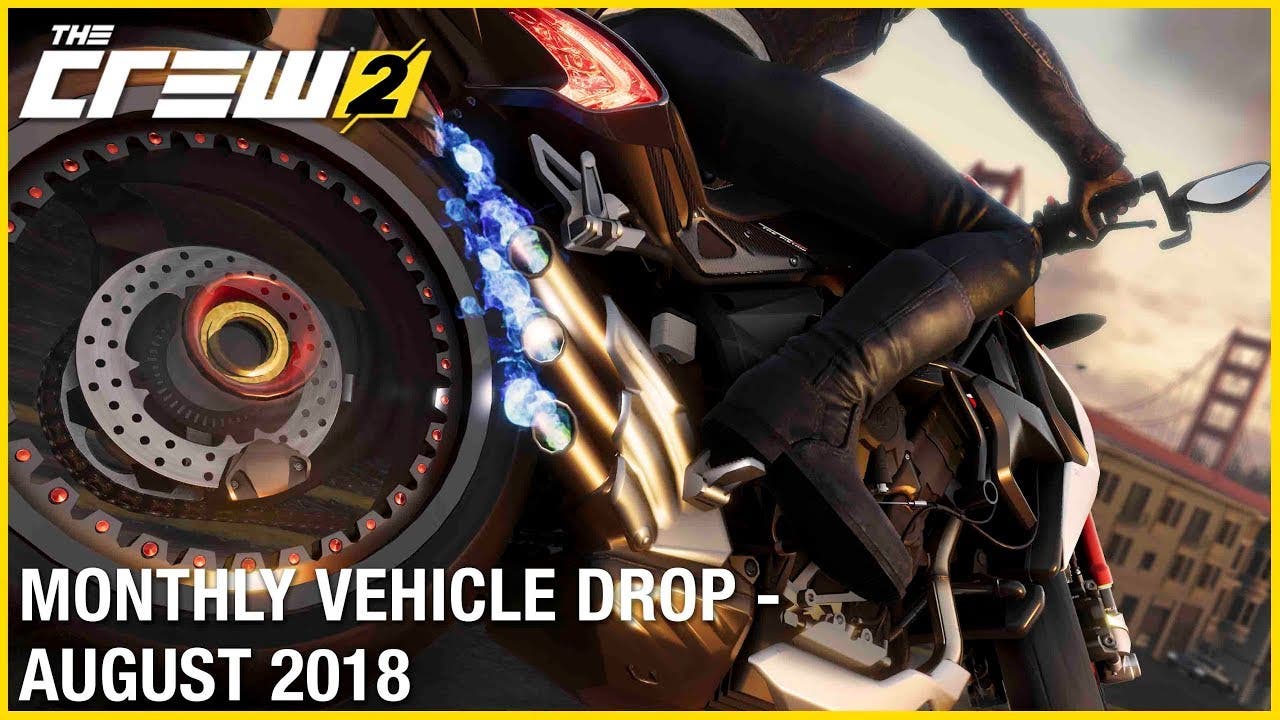 Season Pass owners have access to these vehicles – the MV AGUSTA BRUTALE DRAGSTER RR 2017 and ALFA ROMEO GIULIA QUADRIFOGLIO 2016 – starting today. These vehicles will be available for all players starting September 5th.

Major free updates will occur every three months to expand the game’s experience, enrich its world and bring new disciplines, modes and features. The game’s first update, Gator Rush, will be released September 26 and will let players enjoy wacky races on all kinds of surfaces and playgrounds, mastering a new and exotic discipline, the hovercraft. This free update will also introduce five completely new vehicles to the line-up, as well as the new “Legendary” rarity level on performance parts that players will be able to collect in game. In addition to major updates, two new vehicles will be added to the existing line up each month.

Developed by Ubisoft Ivory Tower, a studio based in Lyon, France, The Crew 2 will let players experience the thrill of the American motorsports spirit inside a fully redesigned USA. The game’s playground pushes physical boundaries to let driving and open world fans test their skills in nonstop competition and exploration. From coast to coast, drivers will explore America and compete to become the greatest motorsports champion by collecting a wide variety of exotic cars, bikes, boats and planes, and dominating the motorsports scene on the land, on the water and in the air. They will find challenges and inspiration among four different motorsports families: street racing, off-road, pro-racing and freestyle, and will be given a broad set of options among a wide selection of vehicle types.