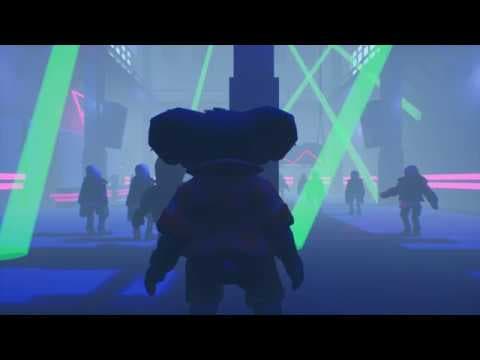 (If that was too much Aussie slang to understand, no wucking furries mate, you’ll be an expert in no time after playing STONE, which is now available to purchase for $14.99 on Steam for PC and MacOS; or $19.99 for the “Bloody Legend” edition which includes the game, and digital copies of the screenplay and art book.)

What the f*ck is STONE?

STONE follows the story of… Stone, the world’s worst koala private investigator. After receiving an ominous early morning phone call from an anonymous source, Stone’s life is upended into a psychedelic search for his missing “chookie” Alex, an eccentric lorikeet raver and artist. Stone must scour Oldtown, a place teeming with other anthropomorphic nutcases, for clues of Alex’s whereabouts. Players can employ a “Hard-Ass” or “Soft Touch” approach while interrogating an eccentric cast of characters who barely seem able to tolerate Stone’s contentious existence.

“STONE may not be for everyone, but it’s overflowing with references and inspiration that we know will resonate with many that share our affinity for underground art.”

“I’ve always felt a need to create a uniquely Australian story tinged with my underground and alternative culture influences such as Charles Bukowski and Thomas Pynchon.”

“Our goal at Convict is to tell high impact and alternative stories that fuse cinema, music, art, tv and the best aspects of videogame and cinematic storytelling”

“Opening Convict Games as an independent studio gave me the creative freedom to break the shackles of major publisher funded game development to tell a story and explore a genre that’s been living inside of me and dying to get out.”

Follow the story, dance, smoke, make beats, drink yourself blurry or go to the cinema

In STONE players can also indulge in several other ‘stoner-inspired’ activities. Chop up funky beats on a MIDI pad, have a drink and a smoke, groove to some underground techno, and even watch full-length public domain classic films such as Night of the Living Dead and Haxan: Witchcraft Through the Ages at Oldtown’s cinema. You can even rile up a few folks at the local bar by blasting some bumps-in-the-whip hip-hop that’s sure to send them into a “music was better back then” frenzy.

STONE’s soundtrack features a diverse list of genres such as hip-hop, stoner metal and house techno that accentuates the moods layered throughout the game’s story.  Players can enjoy STONE’s heavily-curated soundtrack of licensed tracks from upcoming indie artists as they explore Oldtown. With artists including Ryan Little, Ilkka S, Color Dolor, Noah Kin, Warchief and many more. Here’s the Spotify playlist of the official soundtrack: bit.ly/STONEPLAYLIST