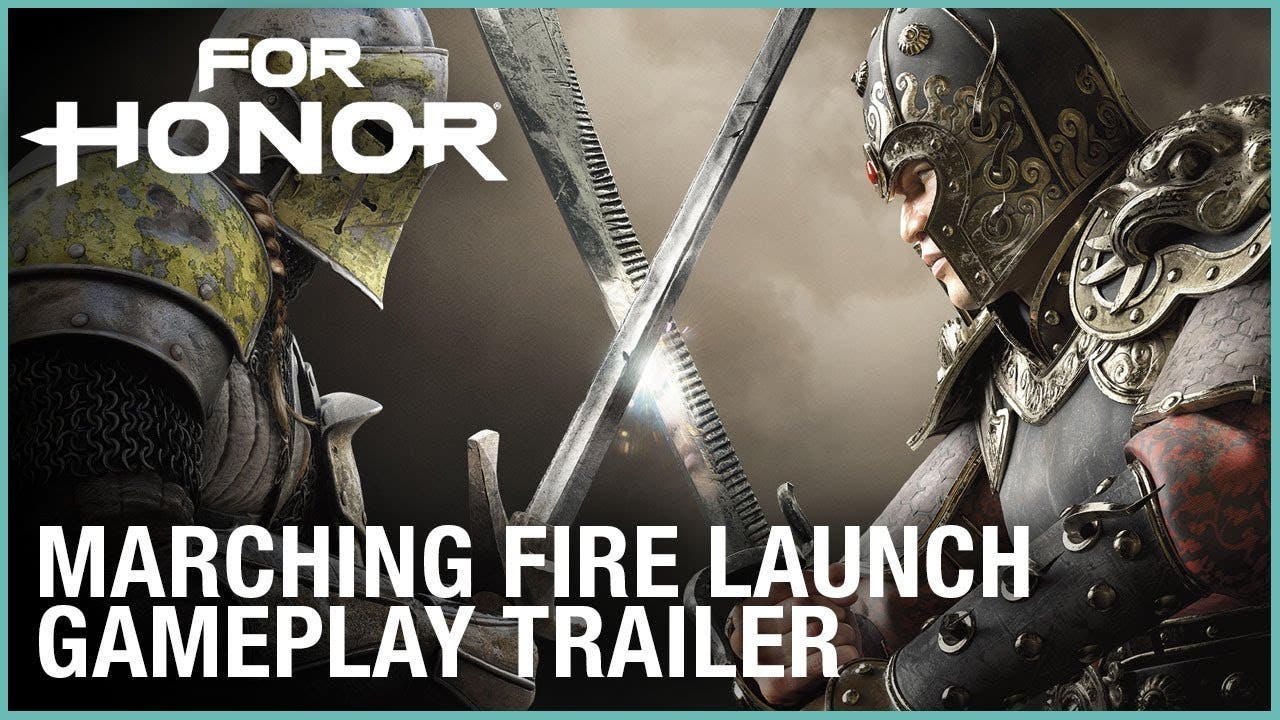 SAN FRANCISCO — October 16, 2018 — Today, Ubisoft announced that For Honor® Marching Fire™ is will be available worldwide today at 12PM PT on PlayStation®4 computer entertainment system, the Xbox One family of devices and Windows PC. Building upon more than a year and a half of continuous post-launch support and improvements since February 2017, Marching Fire relaunches the title for current and new players alike with the largest update so far, including all-new PvP and PvE modes, new features and a complete graphic overhaul. For the first time, Marching Fire also introduces an all-new faction, inspired by Chinese martial arts – the Wu Lin – with four new Heroes who will completely alter the combat experience on the battlefield.

The Marching Fire expansion, available now for players who already own For Honor, will grant instant and two-week early access to the four new Wu Lin Heroes: the Jiang Jun, a feared general using his guandao to wreak havoc; the Nuxia, a bodyguard using her hook swords to slay anyone who stands in her way; the Shaolin, a warrior monk spreading the gospel with his staff and the Tiandi, master of the Dao blade. All four Wu Lin Heroes will be available to be unlocked by all players using in-game Steel on October 30, with each Hero valued at 15,000 Steel.

Marching Fire expansion owners will also receive exclusive access to Arcade mode, a new quick-play PvE mode that offers new challenges through randomly generated situations. Arcade mode is the perfect place for players to explore new Heroes and improve their reputations before taking them into PvP, or players who want more solo content after completing the Story mode. Players who own the Marching Fire expansion will also be able to invite other For Honor players to join them for co-op in Arcade mode, even if that friend does not own the expansion.

In addition, the Marching Fire update brings exciting free new content to all For Honor players, including Breach, a strategic 4v4 PvP match that allows players to live the fantasy of storming or protecting a well-fortified castle; enhanced graphics to improve in-game textures; a revamped lighting system with new sky gradients and several quality-of-life improvements and features, including Victory Celebration screen, Team Voice Chat and UI changes. For players who do not yet own For Honor, the For Honor Marching Fire Edition which includes the base game and the Marching Fire expansion, is also available now on digital stores.

Developed by Ubisoft Montreal in collaboration with other Ubisoft studios,* For Honor offers an engaging campaign and thrilling multiplayer modes. Players embody warriors of the three great factions – the bold Knights, the brutal Vikings, the deadly Samurai and now, the fearsome Wu Lin – fighting to the death on intense and believable melee battlefields. The Art of Battle, the game’s innovative combat system that puts players in total control of their warriors, allows them to utilize the unique skills and combat style of each Hero to vanquish all enemies who stand in their way.