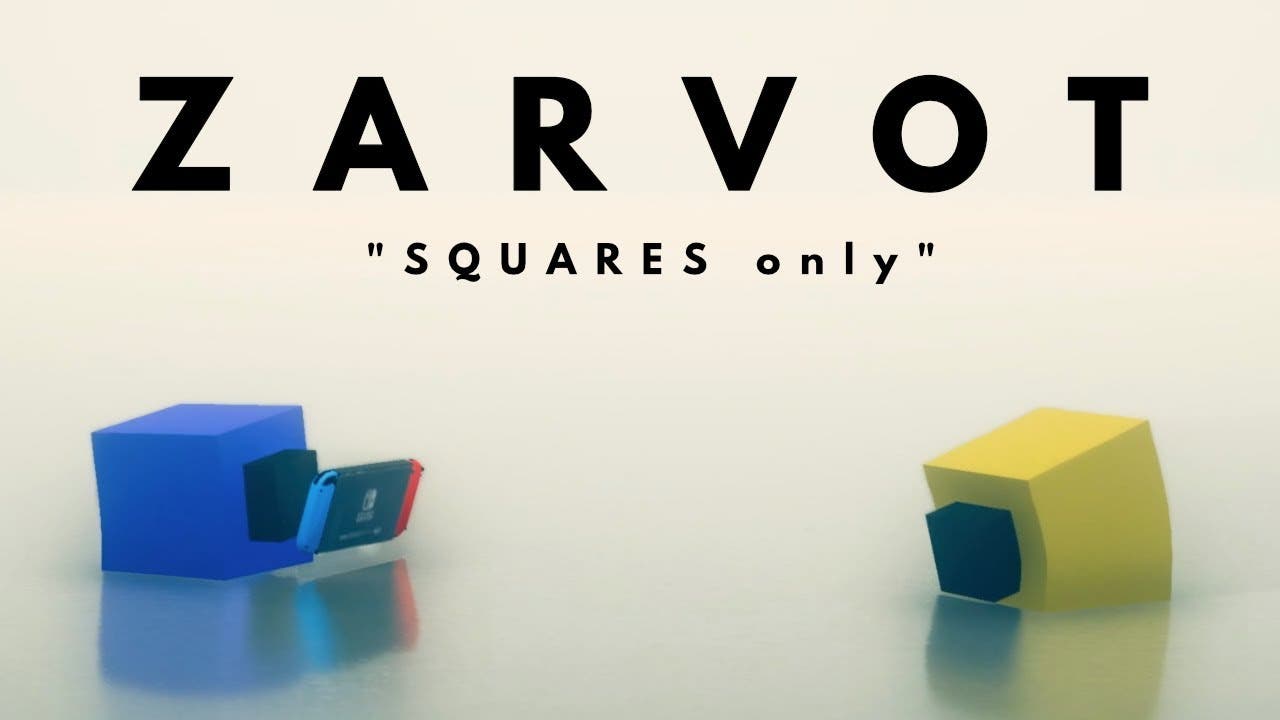 Zarvot from snowhydra games, is available on Nintendo Switch today

Zarvot features five competitive multiplayer modes ranging from classic Deathmatch, to a sushi collecting scramble, to the Switch-exclusive Joy-Vot wherein one player spawns in enemies to fight their friends. Blast, warp, and crash through walls in over a dozen destructible thunderdomes featuring dramatic rainstorms, environmental dangers, and more! Remember, it’s not about whether you win or lose; it’s about the friends you love to hate along the way.

Additionally, Zarvot features an entire story-driven single-player campaign, as players assume the role of affable cube Charcoal who goes on a journey with their pal Mustard searching for the perfect way to cheer up their friend on their birthday. This heartwarming journey will take players through nine different zones, featuring fully realized dioramas of an abstract world. These comical, cosmopolitan cubes still need to go to flower shops, ride the metro, and sleep in their beds. In Zarvot, snowhydra takes the most humdrum of inanimate objects, and turns them into some of the most well-realized animated characters you’re likely to find.

“Zarvot is the epitome of arcade action, with its simple, accessible controls paving the way for hidden depth,” said Snowhydra Games founder Sam Eng. “It’s simultaneously quirky and upbeat, while also savage and surreal, with its playful world of basic shapes. Whether you’re tackling its story campaign or duking it out with your friends in multiplayer, Zarvot is a blast!”