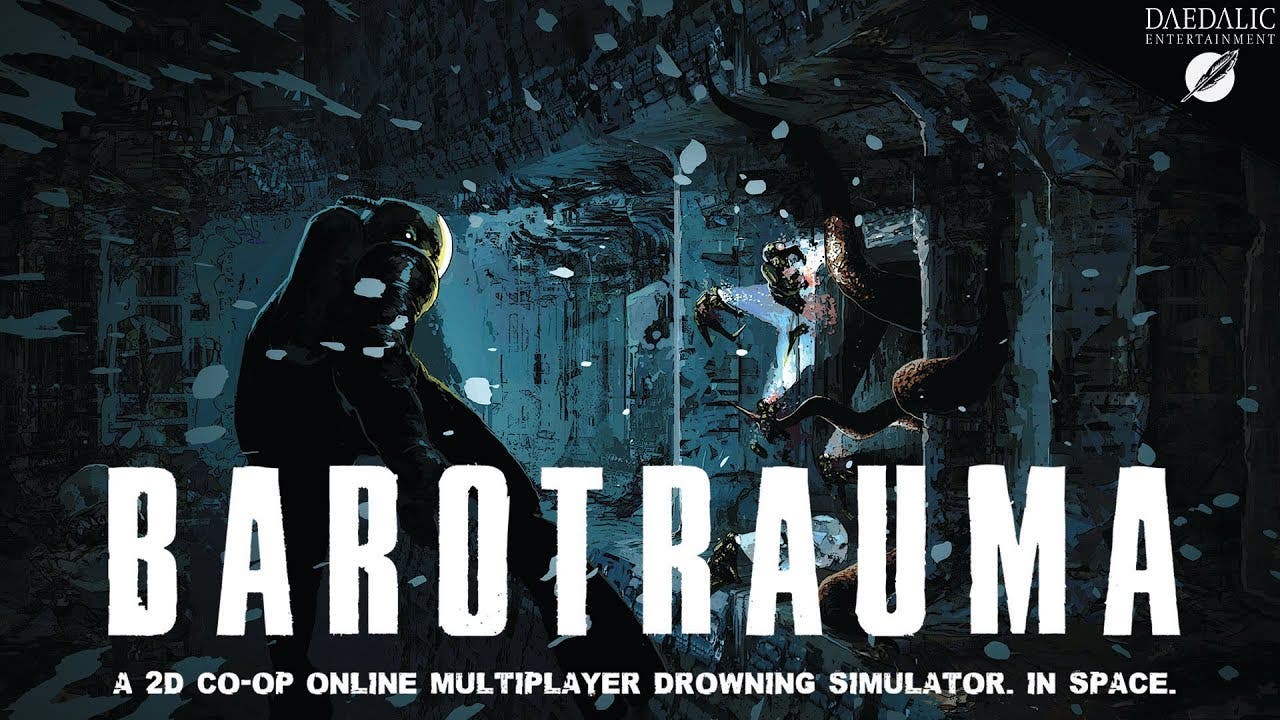 Barotrauma announced, is a submarine survival game designed for co-op but set in space

HAMBURG, Germany – Feb. 28, 2019 – Daedalic Entertainment today revealed the next new title in their 2019 portfolio. Together with Finnish developers FakeFish and Undertow Games, the Hamburg publisher has announced Barotrauma, a game in which your submarine crew fights for underwater survival in the far reaches of our solar system. Sound wild? Well it is. In Barotrauma, up to 16 players manage intricate submarine systems to survive in sub-zero temperatures and explore an alien ocean. The co-op multiplayer simulation will go into Steam Early Access this spring.

Barotrauma is set in the near future where intrepid adventurers have fled Earth and settled on Jupiter’s watery moon Europa. In this inhospitable environment, human life is only possible in the ocean deep below the moon’s frozen surface, and this is where you and your (hopefully) brave crew come in. But it’s not just humans who fight for survival in the depths…

As a member of a submarine crew, you are tasked with directing your vessel through dangerous surroundings, exploring alien ruins and completing difficult missions. Players must manage all kinds of on-board systems, such as the nuclear reactor, sonar, guns, machines and more. Thanks to a complex crafting system, the crew can create tools, medicines and weapons to aid their survival.

It is important to act quickly and strategically, especially when faced with unexpected catastrophes. Including the role of captain, there are five different classes, and up to 16 players can join the crew of one submarine. Procedurally generated levels and events make for almost endless adrenaline-filled fun – whether you dive into the depths with your friends or just watch other players’ struggle against the dangers lurking below.