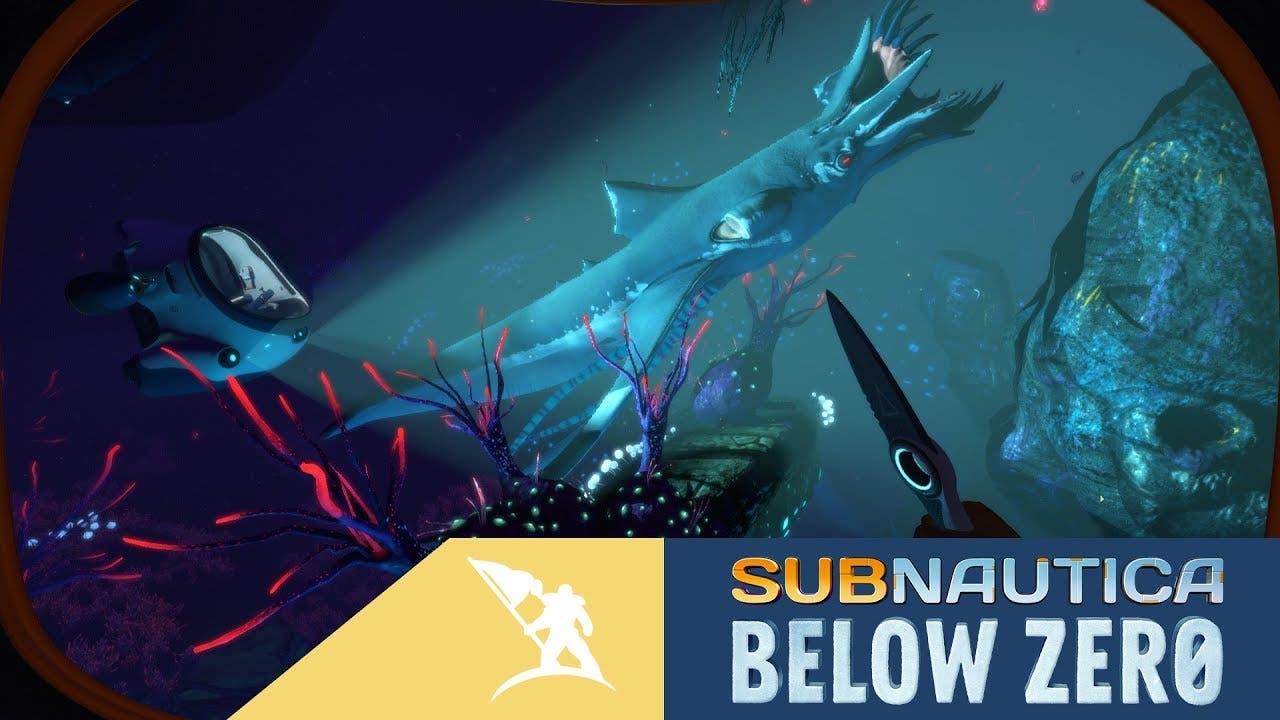 Subnautica: Below Zero lets you drive a Seatruck in new update

The Seatruck is a modular Underwater Utility Vehicle. Start by building a cab, then add and remove modules based on your mission requirements. Each additional module slows the Seatruck down. A reversing camera is included as standard. In an emergency, you can detach all modules and escape quickly.

We expect to add more modules in future updates.

The Squidshark is a large and aggressive apex predator. It lurks within the new Deep Twisty Bridges biome. Squidsharks will attack anything that comes close, enveloping prey in tentacle jaws and spearing it with sharp mandibles.

Introducing the cheekiest aquatic critter on planet 4546B: The Seamonkey. It will actively seek to steal your hard-won gear. Seamonkeys form nests out of scrap metal and organic debris. Sometimes, they ﬁnd and collect valuable artefacts.

Explore a richly detailed island, home to the Cargo Transfer Launchpad. Black sandy beaches, thermal pools, snow-dusted cliﬀs and intricate caves await you. At the peak, you will ﬁnd a new Cargo Transfer Base along with attendant rocket launchpad.

Two new biomes await: Deep Twisty Bridges is a dark, red-accented region with depths exceeding 200 meters. Look out – Some of the plant life is not passive, and might ensnare you in the depths. In Thermal Spires towering ocean stacks spew a dark substance into the water, while Rockpunchers and Bonesharks roam.

Subnautica: Below Zero is available in Early Access on the Steam, Epic, and Discord stores. It is being built iteratively as a sequence of updates like this one. Each update is informed by player feedback.

You can also see the new features in action on the Seatruck Update site.