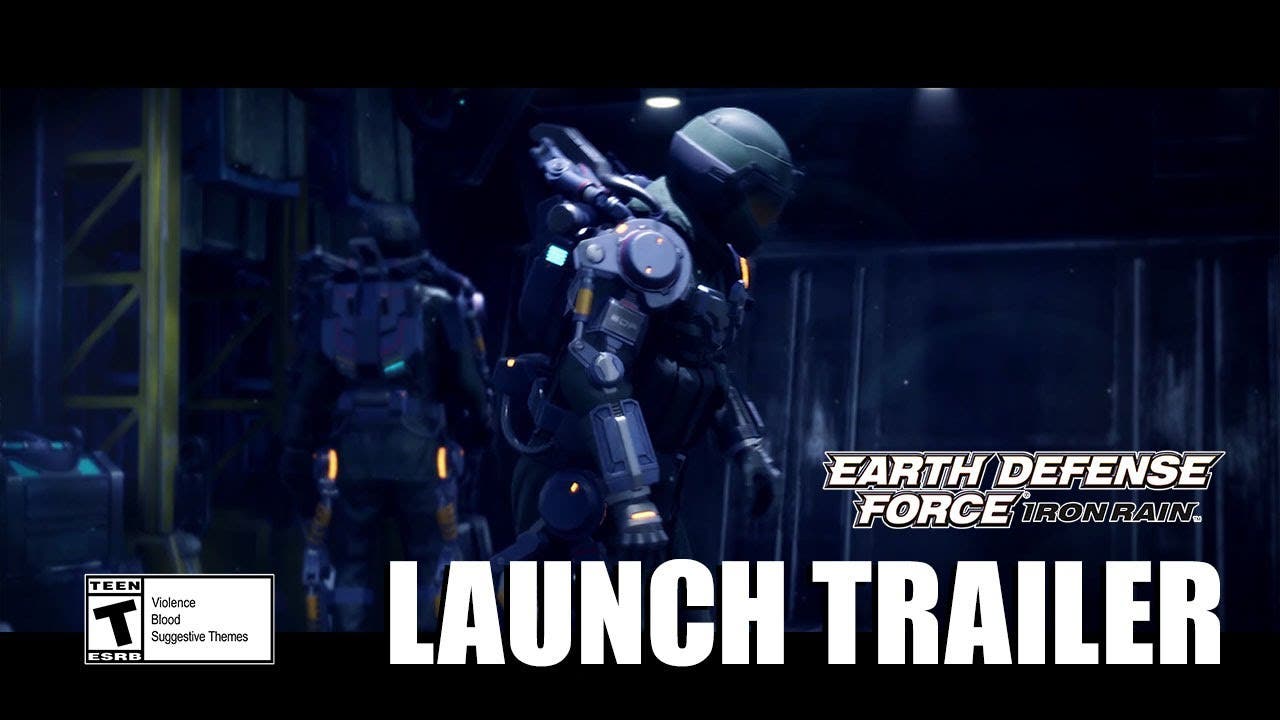 The Earth Defense Force: Iron Rain Standard Edition ($59.99 USD / €59.99 EUR) and Ultimate Edition ($89.99 USD / €89.99 EUR) are available today on the PlayStation Store for new recruits ready to enlist. Pre-order perks for both editions include exclusive customized costumes, enhanced weapons, and much more. In addition, the Ultimate Edition includes a critical weapon and an additional mission scheduled to release shortly after launch. To learn more about extra content and perks for Standard and Ultimate Edition pre-orders, please visit the official website.

Since it first launched in 2003 for the PlayStation 2 console, the Earth Defense Forceseries has earned a strong reputation for its relentless wave shooter gameplay and co-op fun, featuring swarms of enemies, a wide array of unique classes and weapons — and charming B-movie dialogue and settings with cities under siege by giant insects, kaiju monsters, and alien invaders.

This focus on pitting players against an overwhelming force of enemies continues in Earth Defense Force: Iron Rain while introducing exciting new gear and technology for stalwart EDF soldiers and a brand-new separatist faction, the Kindred Rebellion. Players will need all the help they can get as the Aggressor’s alien invasion of giant insects, monsters, and mechs continues to rain down terror around the world.

“On behalf of D3 Publisher and creators, I would like to thank EDF fans around the world for their continued support,” said Nobuyuki Okajima, Producer at D3 Publisher and Creator of the EDF series. “With Earth Defense Force: Iron Rain, we wanted to create an EDF experience that can be enjoyed by both newcomers and veterans alike – and hope everyone enjoys the next chapter in the fight to save our mother Earth!”

Twelve years have been passed since mankind’s first encounter with the alien “Aggressor” invasion that devastated planet Earth. In this time of great despair, the battle to free mankind from the Aggressor’s extended assault continues in Earth Defense Force: Iron Rain.

Developed by YUKE’s with the Unreal Engine 4, Earth Defense Force: Iron Rain is the best-looking EDF to date. Players will see and feel the difference with an overwhelming number of on-screen invaders raining down from the sky in over 50 intense, story driven missions.

In this time of great peril and despair, we invite you to join us in the fabled EDF battle hymn, which soldiers sing to bolster their morale and spirits:
To save our mother Earth from any alien attack
From vicious giant insects who have once again come back
We’ll unleash all our forces
We won’t cut them any slack
The EDF deploys!