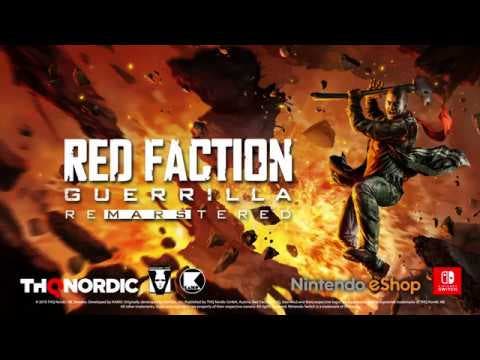 Red Faction Guerrilla Re-Mars-tered is coming to Switch on July 2nd, thanks to developer KAIKO

Vienna/Austria, April 24th, 2019 – No response has been received from Mars Exploration Rover Opportunity since June, 2018 due to a dust storm on Mars. The rover completed its mission, so now it’s your turn to explore and – actually – defend Mars! Become the best Guerrilla fighter of a famous resistance group and swing your sledgehammer against the suppression and power of The Earth Defense Force. Red Faction Guerrilla Re-Mars-tered Edition is coming to Nintendo Switch™ on July 2nd 2019 for a SRP of $ 29.99 | € 29,99 | £ 26.99.

You prefer other platforms? Red Faction Guerrilla Re-Mars-tered Edition is also available on PC, and the other consoles out there!