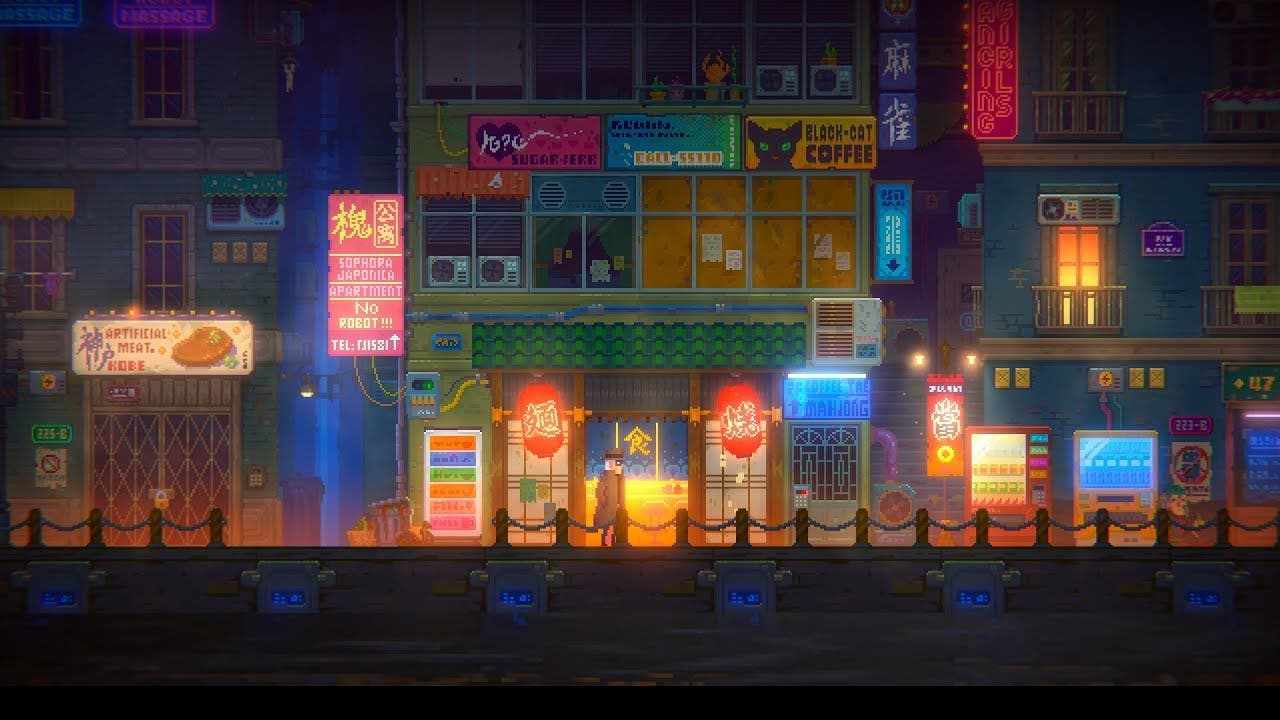 Tales of the Neon Sea, the pixel-art cyberpunk neo-noir detective adventure is out today

The game is priced at $16.99 (13.99 EUR), currently 10% off for the launch week, supporting English, Simplified Chinese, German and Spanish. French and Japanese will be added in the next update.

In the near future, humans and sentient AI robots rely on each other for survival despite growing tensions and unease. Our protagonist, formerly a veteran police detective but now retired following years of frustration and disillusionment, spends his days intoxicated while accepting random jobs as a private investigator to make ends meet. He exists within the neon sea of an immense city, its blinding artificial lights unable to hide the shadow of greed and lust that threatens to engulf it at any moment.

This drunken cycle is broken when our hero becomes entangled in a murder case, one which holds the key to tracking down a monstrous killer who long ago escaped justice. Unlock your memories, decode the truth, and resist drowning in the wave of conspiracy that grips the city!

Get it on Steam: https://store.steampowered.com/app/828740/Tales_of_the_Neon_Sea/