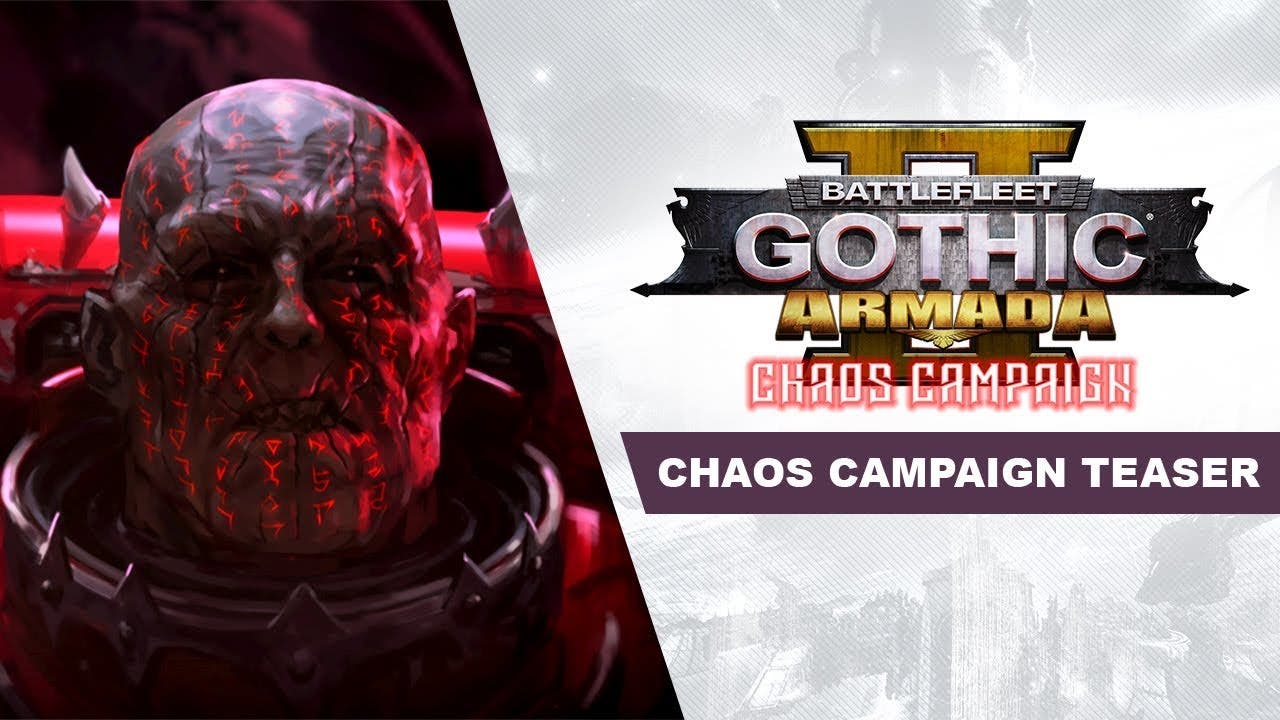 Battlefleet Gothic: Armada 2, the definitive video game adaptation of Games Workshop’s incredible space battle game, is getting bigger, better, and more spectacular with the new Chaos Campaign Expansion revealed in today’s Teaser Trailer, and releasing on June 24. This massive DLC, arriving alongside a free patch filled with updates to the game’s single-player offerings, delivers the most requested new feature of the game: a fully playable Chaos Grand Campaign, letting you take the role of the galaxy’s worst nightmares as they raze the galaxy.

Releasing at the same time as the Chaos Campaign will be the no-less major Campaign Update. Free to all players, this update enriches every campaign with additional secondary objectives on each map, diversifying gameplay significantly. This is further expanded by new campaign settings, letting you customise every aspect of the campaign to your needs, with massively variable difficulty. This includes larger fleets, economy options, or disabling certain features for a more narrative-focused experience. This is just scratching the surface of everything in the update, details of which will be available on release day.

The expansion will offer incredible value on dozens of hours of new content, a whole new story, new missions, new campaign mechanics and much more. The Chaos Campaign Expansion is the largest update yet for Battlefleet Gothic: Armada 2, only possible thanks to the dedication and continued feedback of the community.