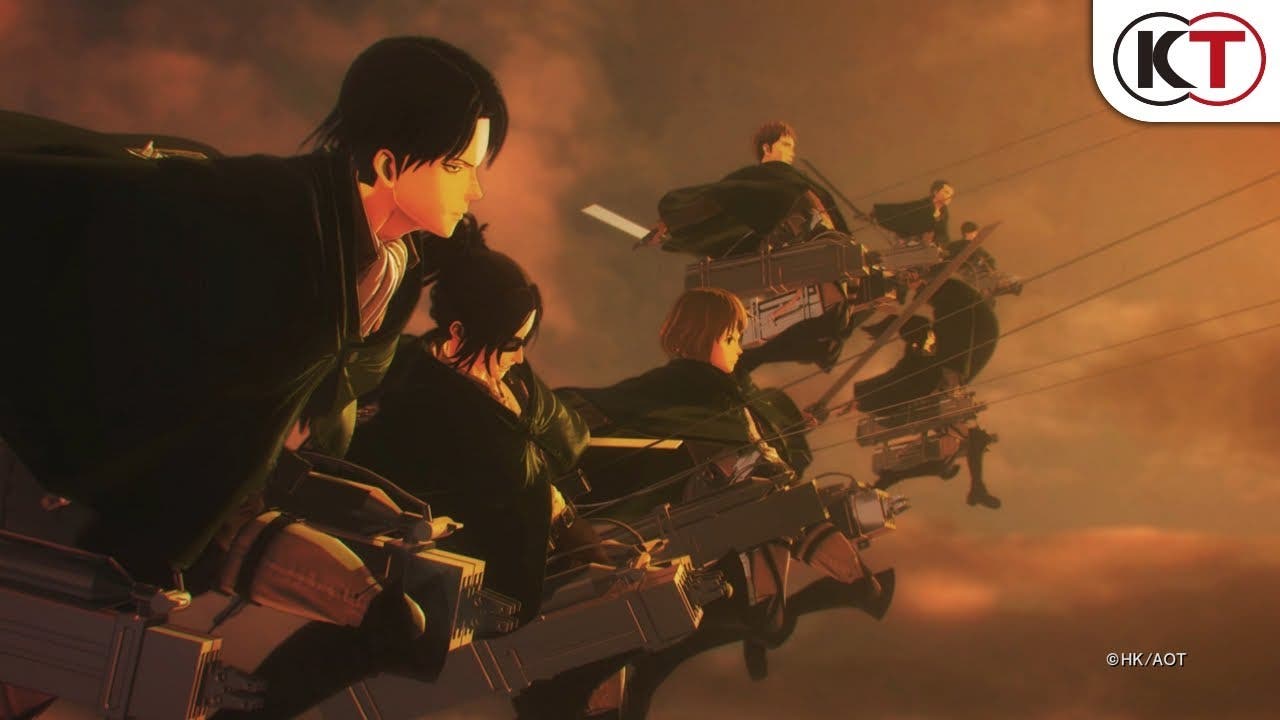 Burlingame, Calif. – July 5, 2019 – Today, KOEI TECMO America officially launched Attack on Titan 2: Final Battle, the colossal action game based on the worldwide anime phenomenon ‘Attack on Titan’. Players are invited to equip their Omni-Directional Mobility gear and join the fight against the devastating Titans on the PlayStation®4 Computer Entertainment System, Nintendo Switch™, the Xbox One family of devices including the Xbox One X, and digitally on Windows PC via Steam®.

Attack on Titan 2: Final Battle offers gripping new gameplay modes to players, allowing them to experience the captivating narrative of the anime’s Season 3 storyline and develop their own regiment to reclaim land from the Titans. In Character Episode mode, gamers follow the Season 3 storyline across three different timelines: the Scout Regiment, 104th Cadet Corps, and the Warriors – witnessing pivotal plot points through the eyes of key characters. In Territory Recovery mode; aspiring commanders can create their own dream team, using any of the over 40 playable characters on the roster to venture outside of the walls and fight to claim land back for humanity.

A wealth of equipment is supplied to the Scouts to tackle all shapes and sizes of Titans. The tried-and-tested Slashing Gear uses blades to deliver high damage to body parts. Those who prefer long-distance attacks can instead equip the deadly Shooting Gear; with two guns dealing quick-fire damage. The Thunder Spear and Gatling Gun are also on hand for those who need to deal higher amounts of spectacular destruction.

Those ready to join the fight in Attack on Titan 2: Final Battle can still obtain a variety of early purchase bonuses. Players who purchase the game either physically or digitally on any platform within the first month of launch will unlock the “Queen Historia” costume for Christa; “Young Male Coat” for Kenny; “Plain Clothes (Underground City)” for Levi; and the “One-piece Dress” costume for Mikasa. Simply visit the respective platform’s digital store and redeem the free costumes to your account before the end of July 2019.

Attack on Titan 2: Final Battle will be available as an upgrade pack for fans who already own Attack on Titan 2 (enabling you to begin your battle in Season 3), or as a standalone game for those who are starting fresh, delivering all of the action of Seasons 1-3 in one complete package.