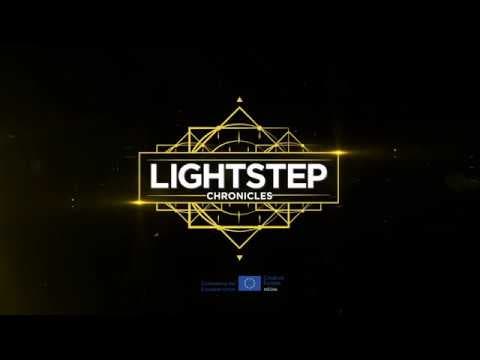 Lightstep Chronicles is a dark sci-fi text-based adventure set on the alien vessel with an insane AI as your captor.

Lightstep Chronicles is a dark sci-fi text-based adventure where you can explore an ancient spaceship of alien technology and imperial livery, puzzle out its secrets, and communicate with a shady AI host. The game’s mechanics are decidedly text-based, set in a highly visual setting. The game consists of text-based dialogue between the player and the ship’s AI, point ‘n’ click puzzles, and animated cutscenes. It follows a linear story about space and transcendence that splits off into several endings, depending on the choices the player makes throughout the game. Lightstep Chronicles is part of an overarching Lightstep Universe, developed by Eipix Entertainment. The whole project consists of the Lightstep Chronicles video game, the Lightstep comic book published by Dark Horse Comics, and The Uncommoner’s Gene novel by Ivan Brankovic. Each of them presents a standalone story about a universe where time dilation is used to challenge class oppression. Eipix Entertainment has a long history of making narrative games, including the critically-acclaimed text-based adventure for mobile devices, Lifeline: Whiteout. Lightstep Chronicles is their most ambitious project so far, retaining the narrative quality the company is known for and presenting it in a highly-visual environment.