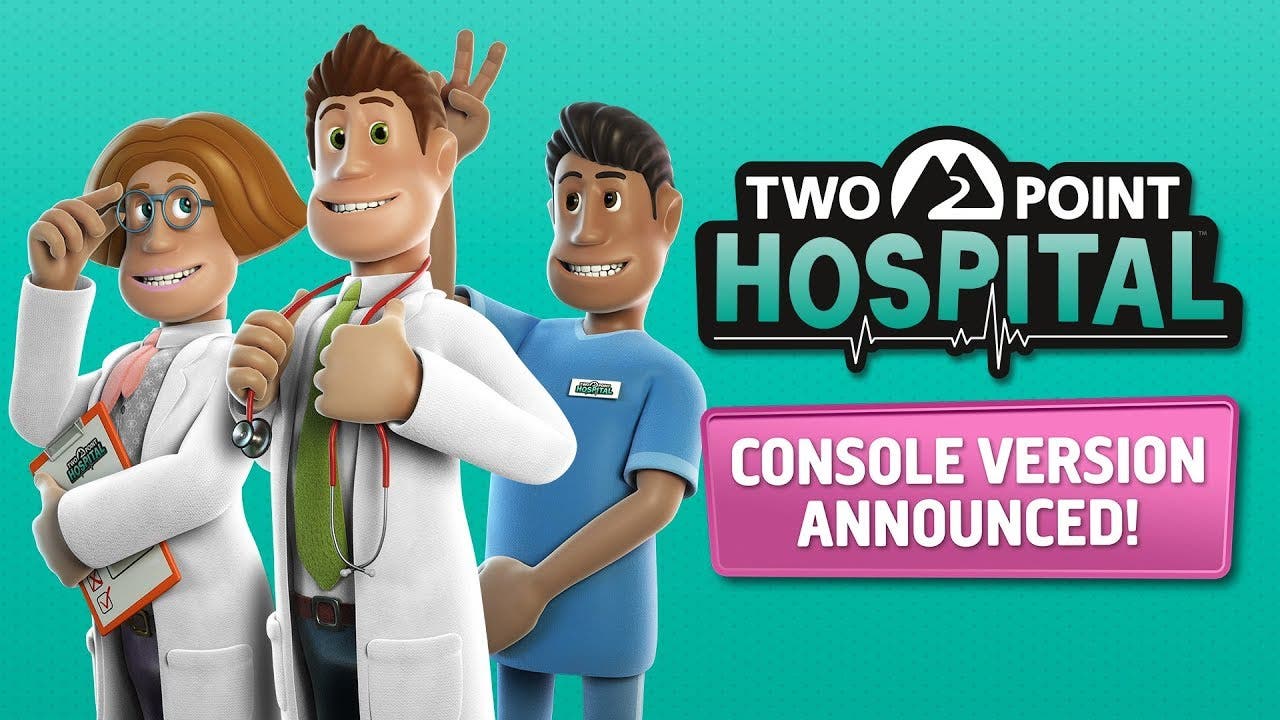 Two Point Hospital is coming to Xbox One, PS4, and Switch later this year with all DLC included

London, England – July 23, 2019 – SEGA® Europe Ltd. and Two Point Studios™ are thrilled to announce that after an exceedingly successful PC launch in August 2018, the critically acclaimed management sim, Two Point Hospital is coming to Sony PlayStation® 4, Microsoft Xbox® One and Nintendo™ Switch, both physically and digitally, late 2019. Celebrate this news with Dr. Clive Marmalade as he gives you a tour around Two Point County: https://youtu.be/GjIk16rGrYU

In the atypical and engrossing world of Two Point Hospital you, the hospital administrator, must deal with many tricky situations on a daily basis, taking on varied challenges and demonstrating your ability to build, cure and improve in the hardest and strangest circumstances. Running a hospital empire can be – often literally – a messy business. So, make sure to train your staff and deal with their wide-ranging personality traits if you want to defeat the healthcare competition of Two Point County, and don’t worry if you can’t save every patient, ghost capturing janitors are here to help!

Since its successful PC release, Two Point Hospital has seen a wide-range of new features added to the game thanks, in part, to a lot of great community feedback. Many of these features, such as Interior Designer, copy-paste room layouts and character customisation will all be included for the console launch later this year. Players will even be able to experience the recently added expansions ‘Bigfoot’, set in a snowy region and ‘Pebberley Island’, where you tackle new challenges in the tropics. Two Point Hospital will be fully rebuilt for console gaming, with controls that brilliantly work for playing on the go or with a controller in hand.