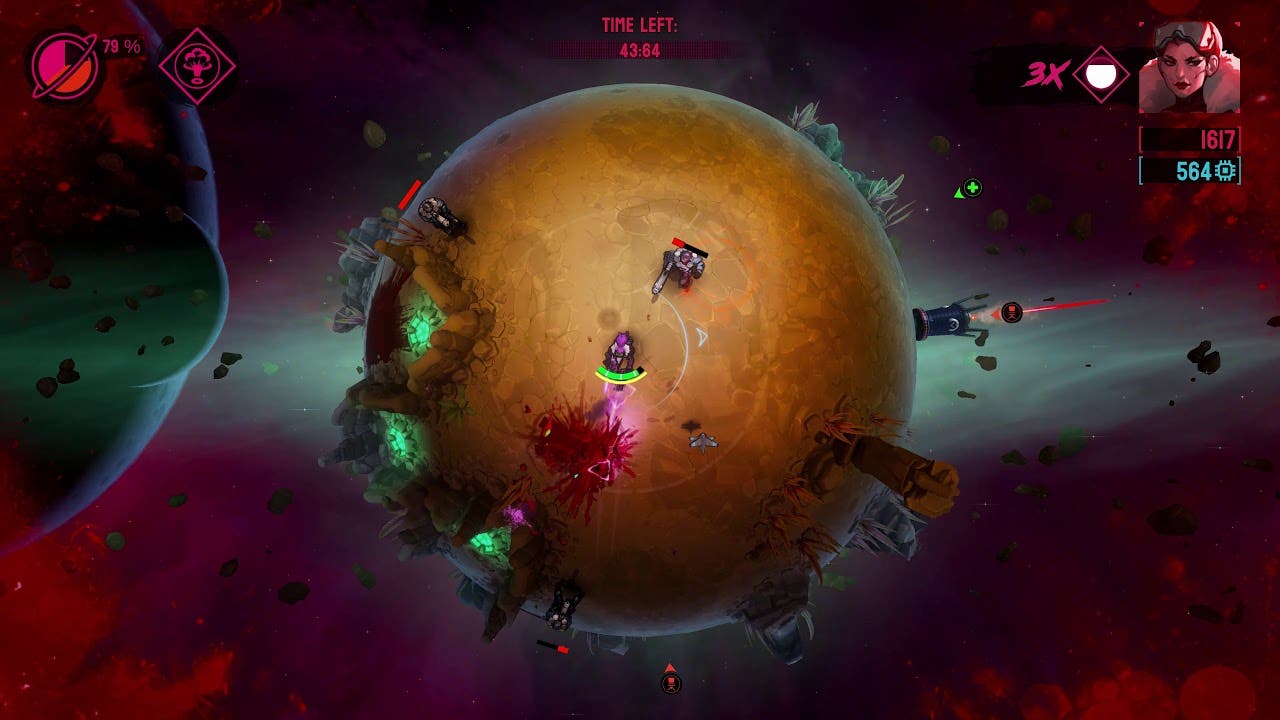 Developer THREAKS and publisher Wild River have released a new trailer for their upcoming fast-action space shooter Battle Planet – Judgement Day. If ceaseless high-octane mayhem is what you crave, Battle Planet is for you! In this latest trailer showcasing some of the explosive gameplay, the team treats you to a fresh look at its frantic intergalactic combat.

A top-down rogue-lite, Battle Planet — Judgement Day puts you in the moon-boots of a wanted criminal as you fight your way through hordes of enemies across the galaxy. Hop into your armed-to-the-teeth space fighter and blast through waves of futuristic foes —  including aliens, robots, and space police. Kick in the afterburners and roar across the surfaces of alien worlds as you annihilate your foes and move on to even more challenging planets!

Your goal in Battle Planet – Judgement Day is simple: survive! Touch down on planets infested with deadly aliens intent on cutting your life short and blast your way around its rotating surface, taking out anything in your path quickly — or suffer a devastating demise. Team up with comrades-in-arms for some local-co-op split-screen action to make fast work of foes. Finish all the planets in a star system and jump to another with ever-more deadly foes. Lucky for you, your ship receives a steady stream of upgrades, making it more devastating and durable.