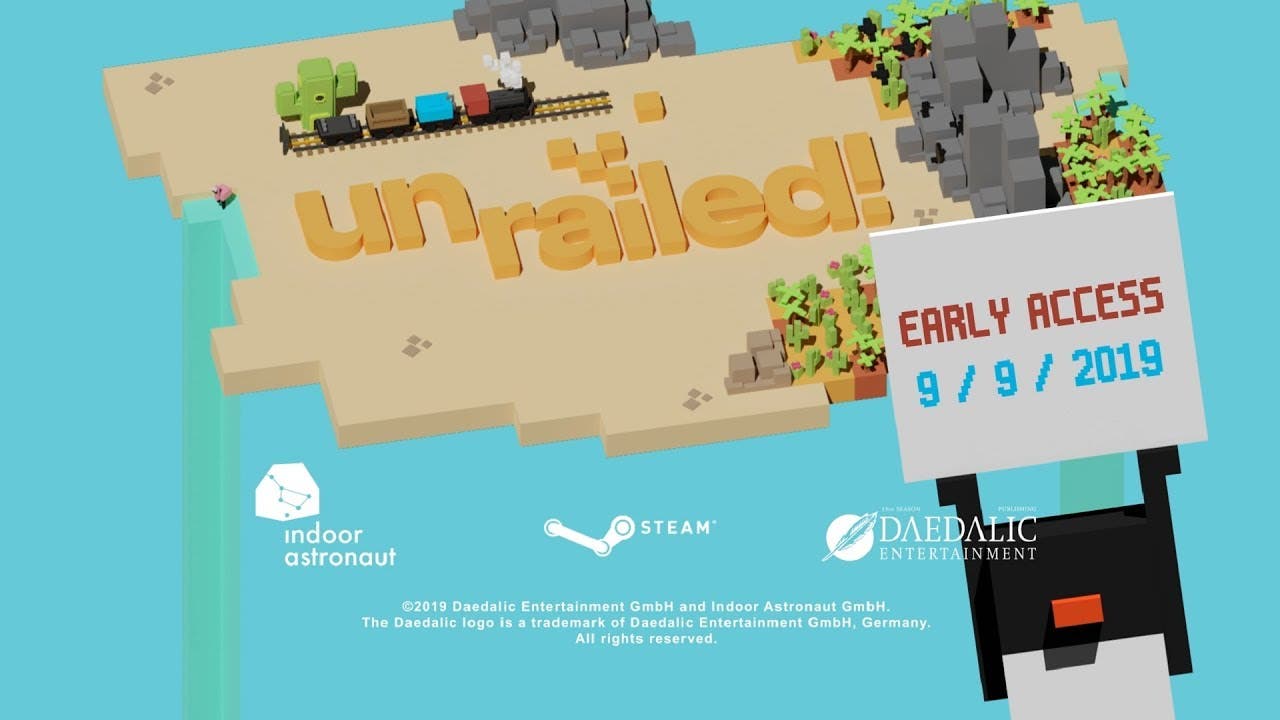 Unrailed! is full Steam (Early Access) ahead today on PC

Unrailed! demands strategy, coordination and communication across a variety of gameplay modes because this train simply will not stop for anything! Plan ahead, cut down trees and rocks, lay down tracks to avoid hazards, upgrade your train with new wagons, and fend off any creature that gets in your way. Play with up to four players in co-op, take on Endless mode, where just one misstep can end your journey, or work as a duo to get your train to the station before your rivals in competitive multiplayer.

As an extra bonus, all players who helped test Unrailed! during closed beta will be upgraded to the full version of the game for free as thanks from Daedalic Entertainment and Indoor Astronaut. The feedback provided by players in closed beta was invaluable to the game’s development, and the team will continue to work with the community on new features, improvements, fixes and more throughout early access.

Press assets can be found at: drive.google.com/open?id=1OpkkVmwgafD9Q9IukAG94YKSxfKREKWK

To find out more about Unrailed! and be part of its ongoing journey, please visit the official Steam product page, and be sure to drop in on the official Discord channel to interact with the development team directly: https://discord.gg/f5mBuWv.