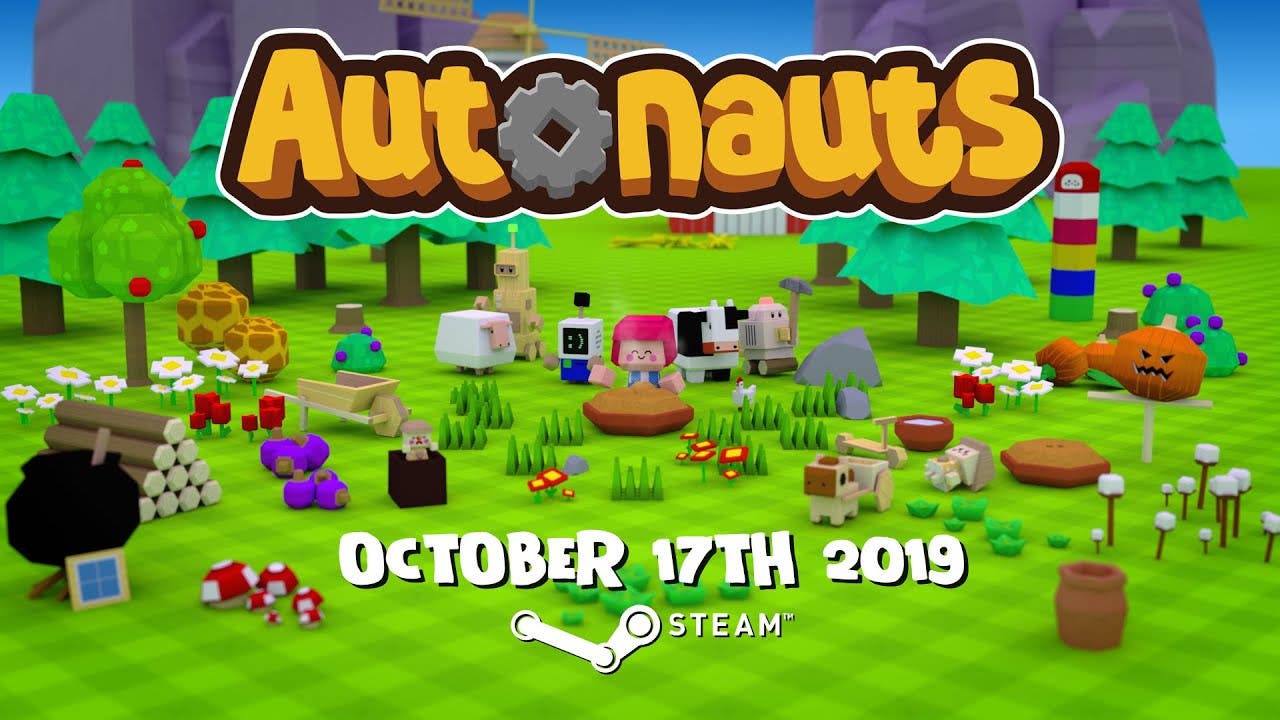 Fresh from your spaceship you must harvest stick and stone to begin your colonisation efforts. Create rudimentary crafting items from blueprints and build dozens of workerbots to optimise your economy as you progress through multiple technological ages.

Coding AI is simply a case of players showing their workerbots what they’d like them to do step-by-step – whether that’s cooking, farming, mining, construction or anything else your ingenious imagination can come up with. As long as the worker bots have enough memory to store the routine they’ll carry out their role diligently until it is complete or they run out of power – only requiring a quick wind up by the player or other robots to get back online.

Curve Digital is also happy to share that Autonauts has the highest number of wishlists of any game that the publisher has brought to market thus far, further proving that thousands of players out there are hankering for this kind of violence-free, cerebral experience.

Autonauts combines the very best of agriculture, simulation, crafting, and production-line genres and has been designed to accommodate all player skill levels and ages with a charming tutorial, in-depth campaign and multiple creative modes where players are free to express themselves as they see fit.

Attendees at Twitchcon (27th – 29th September) this weekend will also be able to go hands-on with Autonauts before its launch. Featuring welcoming visuals and a charming sense of humour, Autonauts is set to bring lots of smiles to gamers worldwide when it launches next month.

If you’d like to wishlist Autonauts and keep track of the game’s development, please visit: https://store.steampowered.com/app/979120/Autonauts/