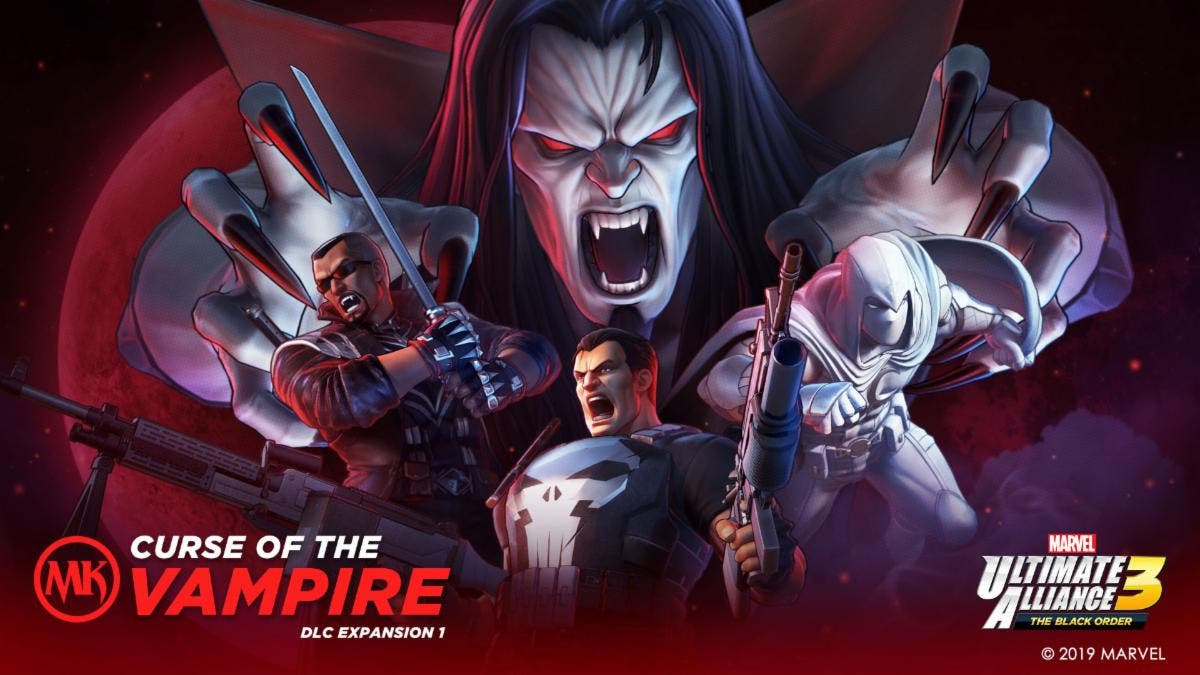 Prepare to step into the boots of Punisher, Blade, Moon Knight and Morbius – the Marvel Knights are joining the alliance starting today!

In Gauntlet Mode, up to four players take on a frenzied series of co-op challenges in rapid succession to earn rewards. Once you’ve cleared a Gauntlet, you will unlock a survival-style version of it with continuous waves of challenges. Find out how long you can last and see how your score stacks up with online rankings.

In addition to the paid DLC in Pack 1, a free update for anyone who owns the game is also available now. The update will add new outfits for Captain America, Thor, Iron Man and Black Panther, among others, as well as other free content like a more-difficult “Nightmare” story mode with new battle rules.

The MARVEL ULTIMATE ALLIANCE 3: The Black Order Expansion Pass is available for $19.99, and contains three DLC packs as they release. All three DLC Packs are part of the Expansion Pass and cannot be purchased individually.

In MARVEL ULTIMATE ALLIANCE 3: The Black Order, assemble your ultimate team of Marvel Super Heroes from a huge cast. Team up with friends to prevent galactic devastation at the hands of the mad cosmic tyrant Thanos and his ruthless warmasters, The Black Order.

Which Marvel Knight will you play as first?