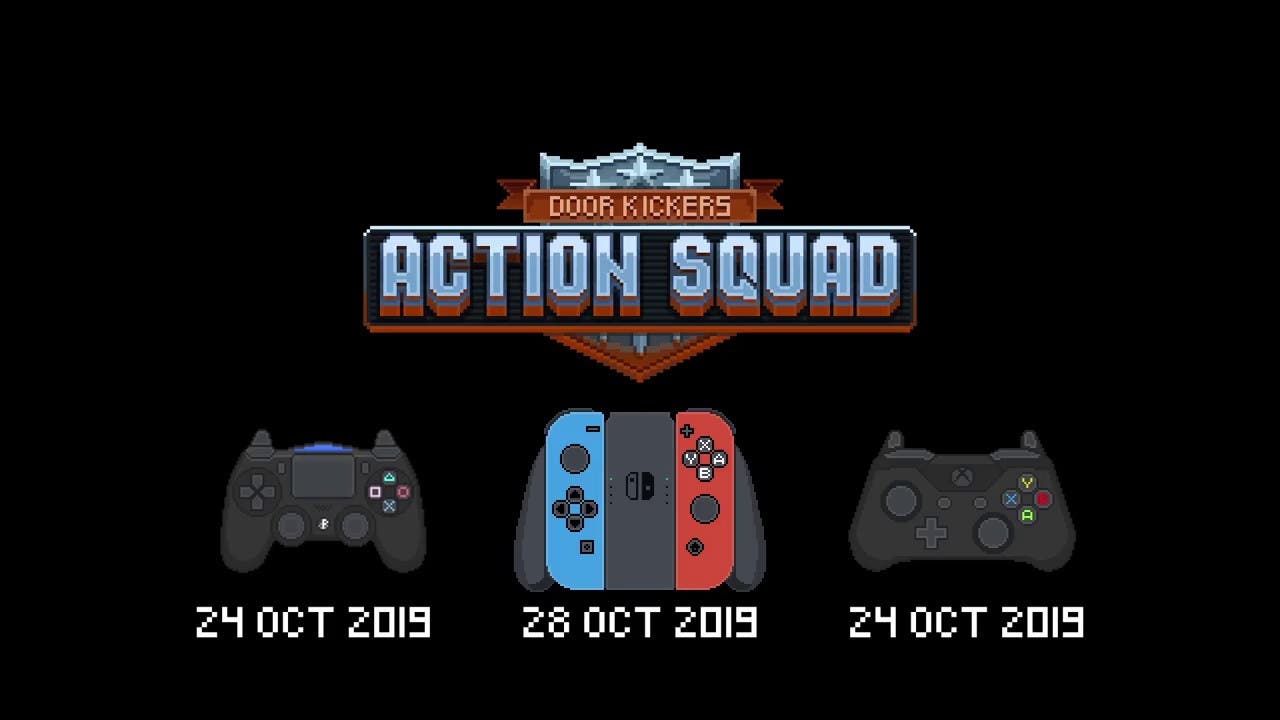 Door Kickers: Action Squad is an old-school side-scroller with a touch of strategy and tactics on top of the ridiculous SWAT style action. Literally kick the doors down, blast the bad guys and rescue hostages in explosive Single Player and Coop Multiplayer – with Couch play included. Launched in late 2018 on the PC, the game brings the full experience to consoles while also adding one new chapter with 12 new levels (The Slums) and a fun new playable character (the Off-Duty Guy). The new chapter and character will be available on PC as well as a free-for-all-players upgrade.

Door Kickers Action Squad is currently available on PC. It launches on Xbox One and PlayStation 4 October 24th and Nintendo Switch October 28th, 2019.