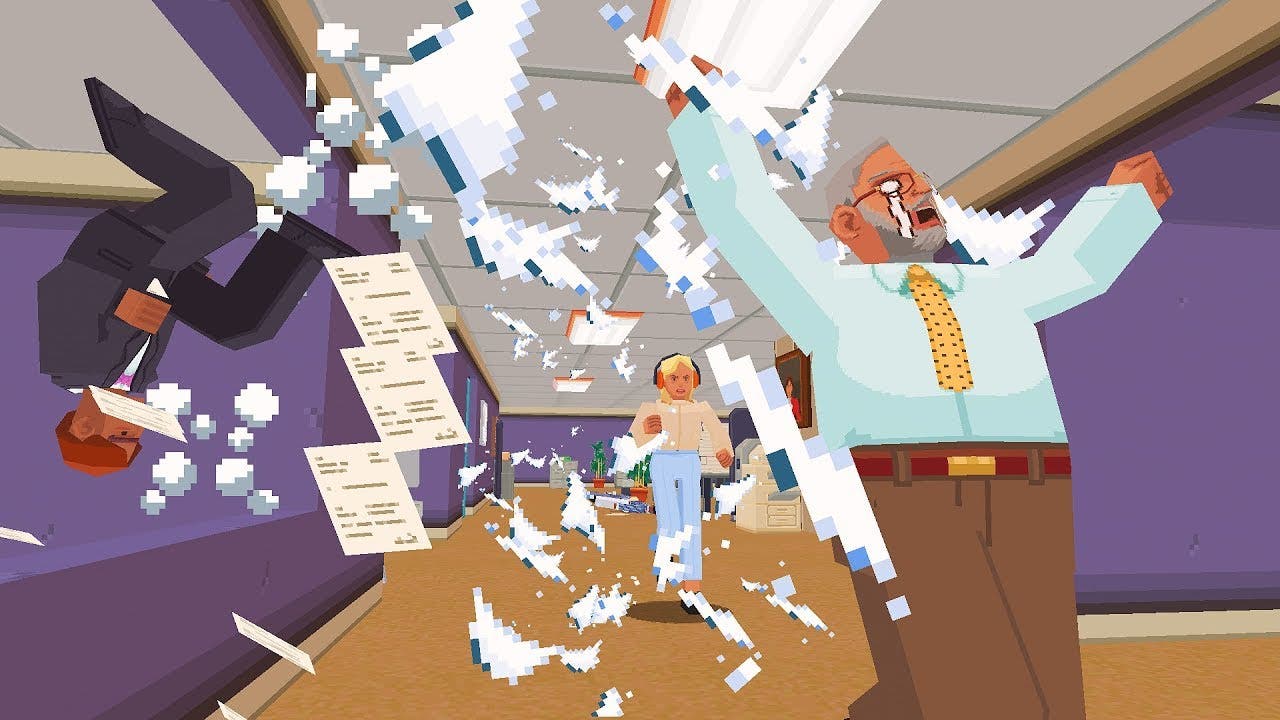 Say No! More has been anNOunced, where you say “No!” and it’s brilliant

Gothenburg, Sweden – November 19th, 2019 – Thunderful Publishing and Studio Fizbin are excited to announce that they have teamed up to release Say No! More, a game about defending yourself against mean colleagues and bosses while also discovering the power of friendship. Say No! More is scheduled to release Summer 2020 on PC, Nintendo Switch, and iOS.

Say No! More is a one-button game that is all about saying “No!”. In a world where the word “No!” has been virtually banished, you start an internship at a company run by arrogant people. Everyone is convinced that the value of a person is defined only by their professional experience. After being bullied by colleagues and supervisors and used as a “yes”-puppet, you’ll find an old self-help tape titled Say No! More.

In addition to the helpful hints from the Coach, the “No!”-expert, driving songs motivate you to finally say “No!”! Therefore, it’s important to find more cassette tapes in the game to help you grow a stronger, louder, and more significant No! You will end up facing your bullies while inspiring other employees and finally destroying the evil gang of abusive superiors and CEOs.

“Marius and I are scared of saying No!, so we are building our ultimate power fantasy: A game where you can say No! as often and loud as you like. Anything else to say, Marius?” Nick Maierhöfer, Game Lead

And many more yet to announced things!