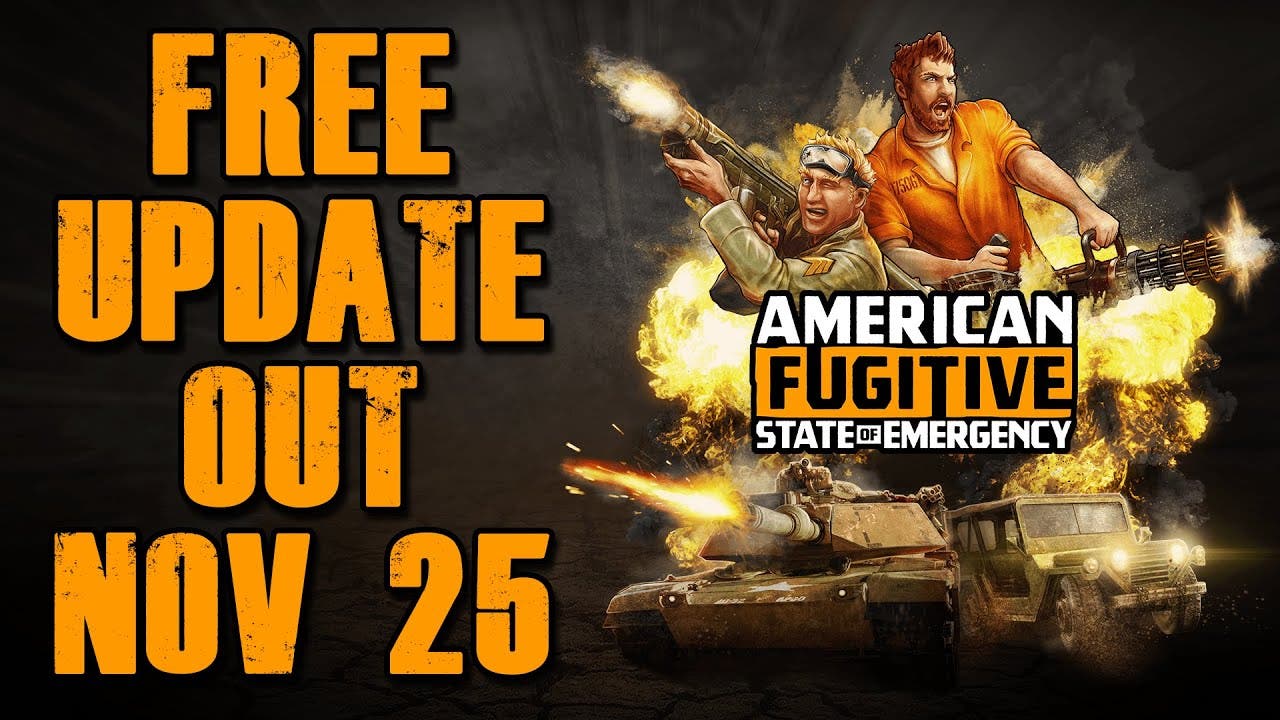 LONDON, England, November 20, 2019 – American Fugitive, the top-down open-world sandbox game from Curve Digital and developers Fallen Tree Games, is back to wreak havoc on PC, Nintendo Switch, XBOX One and PlayStation 4 with a new free update.

Rising crime levels in Redrock County has forced the army into action. The former plastic toys factory has been commandeered as a makeshift operating base and military vehicles and weapons have been deployed in an attempt to control the criminal element wreaking havoc in town. This is War.

Hit the road in a military-grade Westmoreland Tank and go off-roading in an army 4×4 jeep, or take your new arsenal on foot blasting your enemies with a bazooka and wielding the destructive power of the mini-gun. The free update also includes 3 new achievements/trophies to unlock, as well as 3 new additions to the runaway soundtrack!

Set in 1980s middle-America within a sleepy rural town, American Fugitive invites you to play as Will Riley. By no means a killer, but no angel either, you face life in prison for a crime you didn’t commit. Fuelled by grief over the cold-blooded murder of your father, and armed with a burning desire for vengeance you’ll need to break out of jail to find the real culprit. Simply put: It’s payback time.