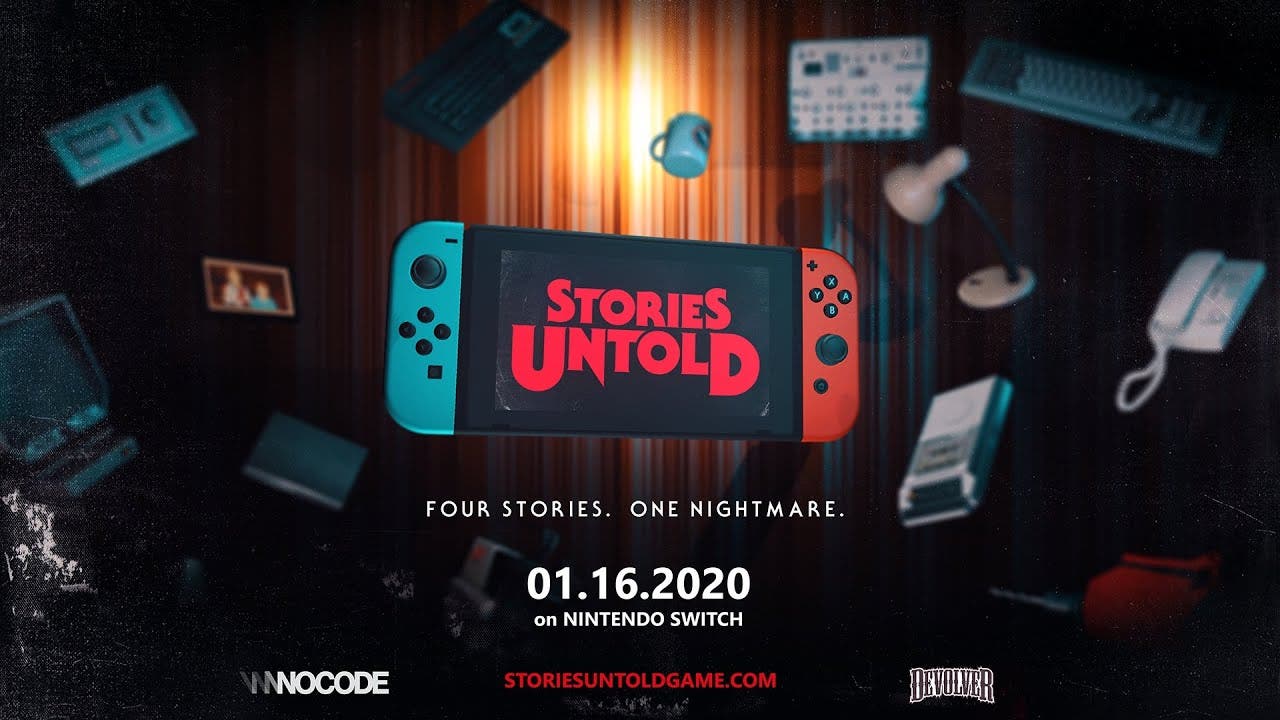 Stories Untold from No Code is coming to Switch next week

Independent developer No Code and label Devolver Digital have announced the celebrated experimental thriller Stories Untold will launch on Nintendo Switch next week on January 16.

Combining a mix of classic text-adventure and point-and-click adventure in a modern presentation, four short stories are packaged together into a single mysterious anthology that earned widespread critical acclaim since release. Developer No Code has reworked their debut game’s user experience and controls to take advantage of the Nintendo Switch’s Joy-Con.