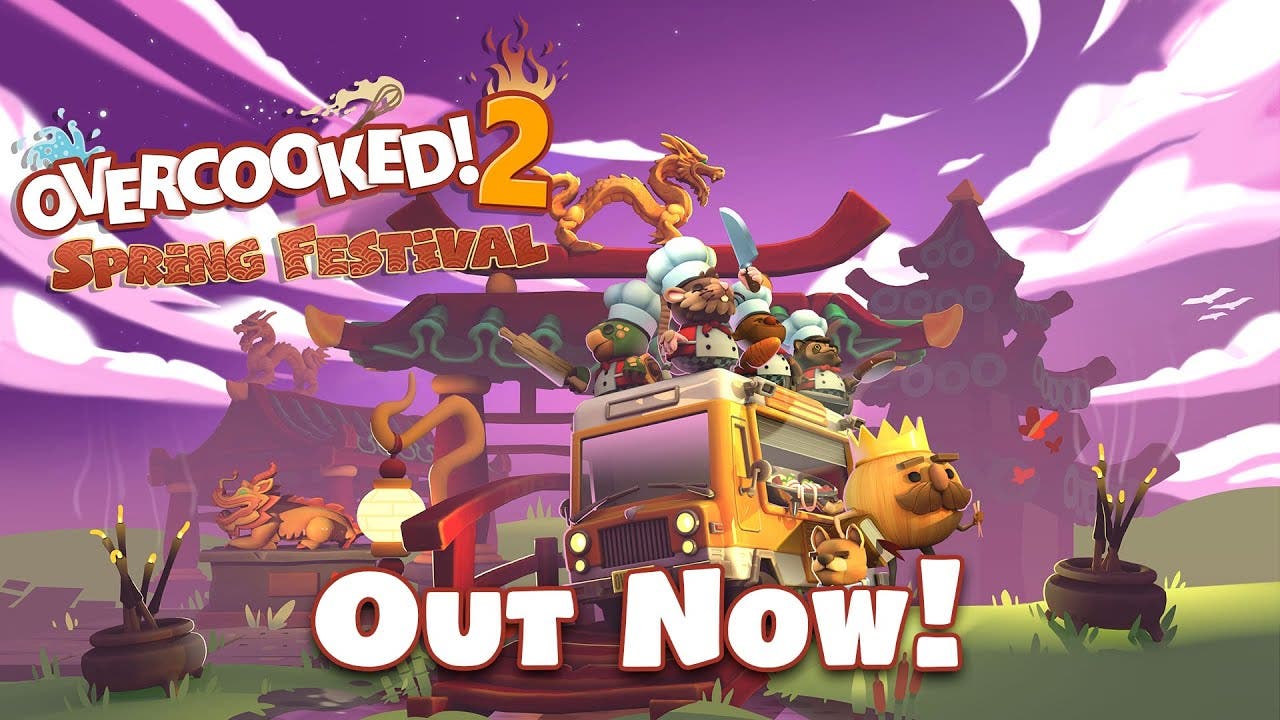 Overcooked! 2 celebrates the Chinese New Year with “The Spring Festival” as a FREE update, available now

Thursday, 23rd January 2020 – Team17 and Ghost Town Games are excited to usher in the Chinese New Year with a free update for Overcooked! 2, out now on PC and consoles. Two new playable characters will be added to the roster of chefs – a turtle and a rat – and five new themed levels allow players to chop, cook, and simmer their way to success.  Dim sum, hot pot and fruit platters will also be making their way back onto the menu.