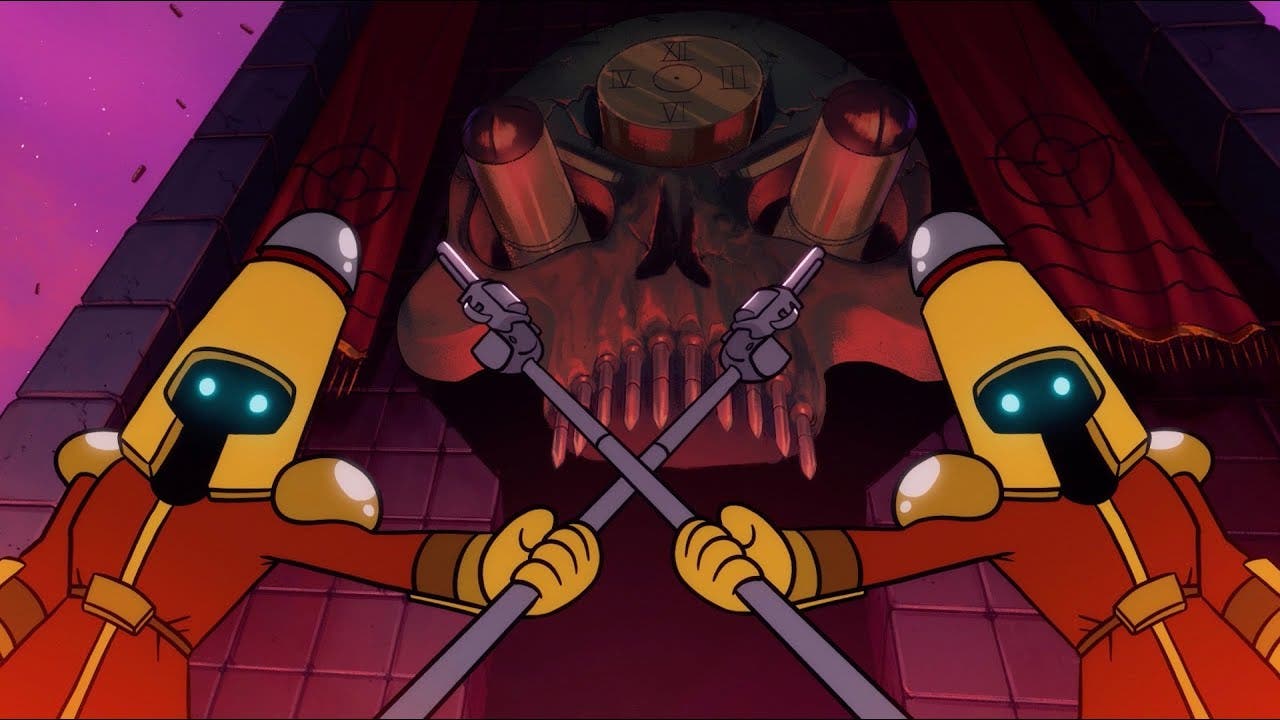 Debuting on Apple Arcade in 2019, Exit the Gungeon is a bullet hell dungeon climber immediately following the adventures of the misfit ‘Gungeoneers’ and their journey for personal absolution in Enter the Gungeon.

Armed with an ever-changing weapon, an insatiable need to loot, and the trusty dodge roll, each of our heroes must ascend and escape via their own unique route of increasingly perilous elevators. Battle against the last and most bitter of the Gundead at a frantic pace, slowing down just long enough to chat with some familiar faces… and a few new ones. Shifting rooms, enemies, bosses, bizarre weapons and items all combine to ensure that no two attempts to Exit the Gungeon are the same.

The latest update to Exit the Gungeon brings an arsenal of additions, updates, and tweaks to the celebrated bullet hell dungeon climber. These modifications represent a substantial overhaul to Exit the Gungeon for players on Apple Arcade and new Gungeoneers jumping in on Nintendo Switch and Steam today.

New Weapons, Items, Enemies, and Bosses
Jump into battle with dozens of upgraded weapons and new items like the Spiked Boots, while striking down new Gundead foes including the Minecart Shotgun Kin, Bullet Cardinal, and Flying Fungun. Watch out for the return of the legendary Jammed enemy variants…

Revamped Gungeon with New Rooms and Elevators
Square off in a dramatically redesigned Gungeon with improved room variety, increased room size, and many updated and devious elevators. With this increased variety, we’ve expanded Exit the Gungeon runs to more closely match Enter the Gungeon’s playtimes.

Rebalanced and Reloaded Gameplay
Massive changes to how the game spawns and places enemies, and an increased challenge level to match what veteran Gungeoneers have come to expect. An overhauled combo system yields better guns faster and throws down more money to reward Gungeoneers for fantastic combo runs.

Hats, Minigames, and Gungeon Dwellers
Look sharp with new character-specific hats as you tackle redesigned minigames and chat up a host of NPCs with new interactions and quests.

Visit enterthegungeon.com for more information about Exit the Gungeon, Enter the Gungeon, and the upcoming light gun arcade game House of the Gundead.