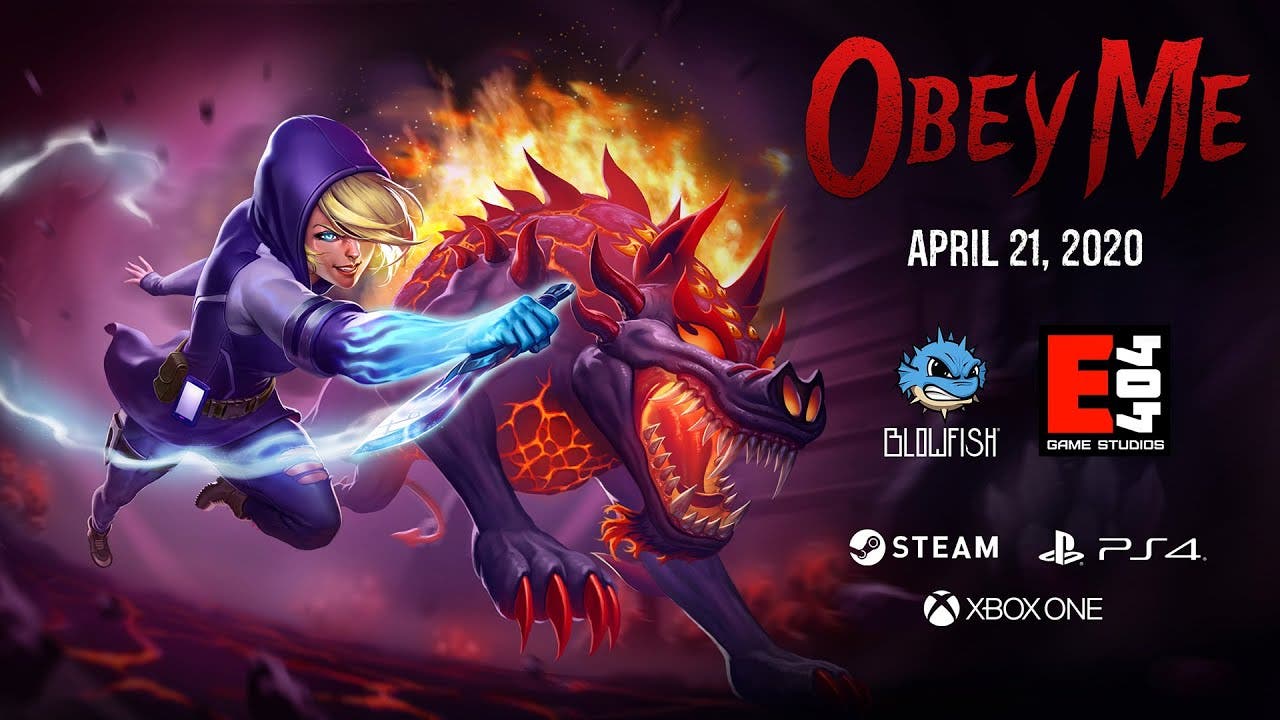 Obey Me, the self-proclaimed holypunk brawler comes to PC and consoles on April 21st

SYDNEY – March 26, 2020 – Obey Me, the cooperative holypunk brawler from Blowfish Studios and Error 404 Game Studios, unleashes righteous fury onto PlayStation 4, Xbox One and Windows PC on April 21, 2020, with a Nintendo Switch version coming later this year.

Angels and demons are locked in an endless war. The two forces have locked horns for eons, with humankind’s souls hanging in the balance. Set against this apocalyptic backdrop, Vanessa Held, a human turned into a lesser demon, and her ferocious-yet-faithful hellhound, Monty, find themselves at the center of a conspiracy that may alter the fate of the world.

Vanessa and Monty will encounter all kinds of fiends and mechanical contraptions on their path to uncover a truth that could tip the balance of the war. Fortunately, the duo is more than prepared to fight back. Unleash devilish combos with Vanessa’s demon-blessed weapon skills and warp ability as Monty charges into the fray. Use infernal powers to absorb enemies’ souls, unlock dynamic combos, abilities, weapon upgrades, and transformations for Monty.

Battle through waves of otherworldly denizens either alone or with a co-op partner. Take the reigns as Vanessa while the AI controls Monty or grab a trusted friend to sic the hellhound on anyone that stands in the duo’s way. Unlock hidden potential by combining the pair’s distinct powers through the Trigger System, Fusion Mode, or the jaw-dropping Soul Overload attack.

Obey Me fans can also dive deeper into the lore and narrative off the screen with a series of graphic novels published by Dynamite Comics. Featuring art by acclaimed Marvel veteran artist Ben Herrera, the Obey Me comic series explores the first time Vanessa and Monty work together, giving readers insight into the game’s characters and fantastical world.

“Obey Me features a haunting world and chaotic, action-packed gameplay that’s an absolute blast in co-op,” said Ben Lee, CEO, Blowfish Studios. “We’re all thrilled to unleash the opening salvo in this epic showdown between Heaven and Hell on April 21.”