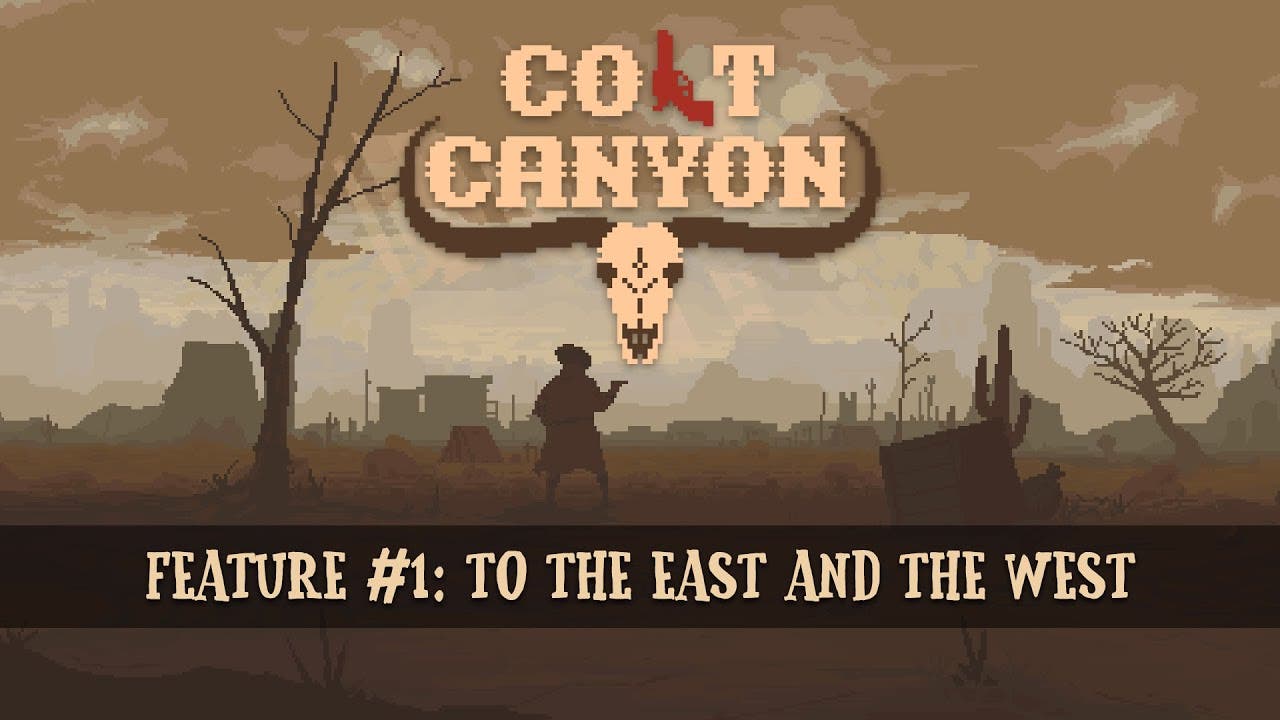 Today we would like to share some insights about Colt Canyon, along with our first Feature Video for the game. Together with the developer, Jonathan Mannshoven, we will tell you more about Colt Canyon’s core loop and what to expect when you start your adventure.

Please keep in mind that you can play the whole game in 2P co-op, too – the detailed information below explains the game from a single-player perspective.

At the very beginning of the game, you are located in a peaceful remote part of an unknown canyon together with your partner. Everything seems fine, but out of a sudden a big bunch of aggressive bandits attacks. Quickly knocked out and unconscious lying in your own blood, you’re not able to prevent the kidnapping of your partner. When you open your eyes again, you’re completely on your own. This is where your journey begins. There’s no other option than fighting your way through some hostile and gruesome parts of that canyon – with the mission to rescue your partner.

After choosing from a pool of unlocked characters and starter loadouts you start a new run and cross these vast, procedurally generated levels from left to right. You should explore the surroundings to find loot – new weapons, ammo or other helpful items like medicine. Other kidnapped people can be found and freed all over the map, and they might return the favor by granting you powerful upgrades afterwards or will accompany you on your mission. 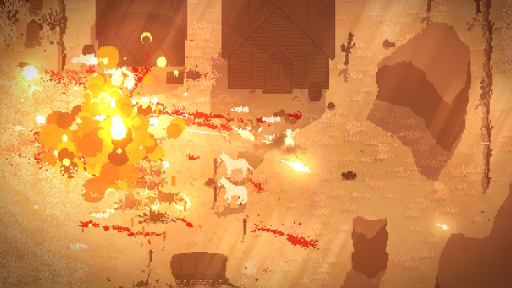 Before jumping into large shootouts – and there will be some – you should prepare yourself and act tactically. This applies especially in the beginning; you will soon find out that the game is not just running and gunning. Reloading takes time and ammo can be rather scarce. Stealth elements and an extensive weapon arsenal allow for strategic decision making and many ways to approach these ever changing combat situations. In addition, various traps and predatory wildlife need to be avoided and there are plenty of secrets to uncover. And don’t forget to prepare for the fierce boss fights that will truly test your skills!

Variety of the game world and rising difficulty on progression

Every run in Colt Canyon consists of three wide areas, each with three sections and a boss fight. On your journey, fights as well as surroundings will become tougher over time. Our hero will start in a more inhabited farming area with buildings, mines, lumber production and plantations, before moving on to Stage 2 with more remote areas and wilderness including some traps, ambushes and all kinds of thugs as well as dangerous wildlife. The final stage is the most infamous part of the canyon where you will encounter bandits and big camps everywhere. In short: the further you get, the deadlier the canyon becomes. But the journey is not over once you manage to reach your partner – here the party really starts!

Colt Canyon is a roguelike game with permadeath after all. You’ll need to get familiar with the game, the enemies, the canyon and the weapons in order to successfully rescue your partner. But while doing that, you will have a blast shooting (and sneaking) your way through the canyon – and getting better with every run.

Colt Canyon will be released soon on PC, Nintendo Switch and Xbox One. To stay up-to-date, join the official Discord Channel and wishlist the game on its Steam Page.

All the best and stay healthy!