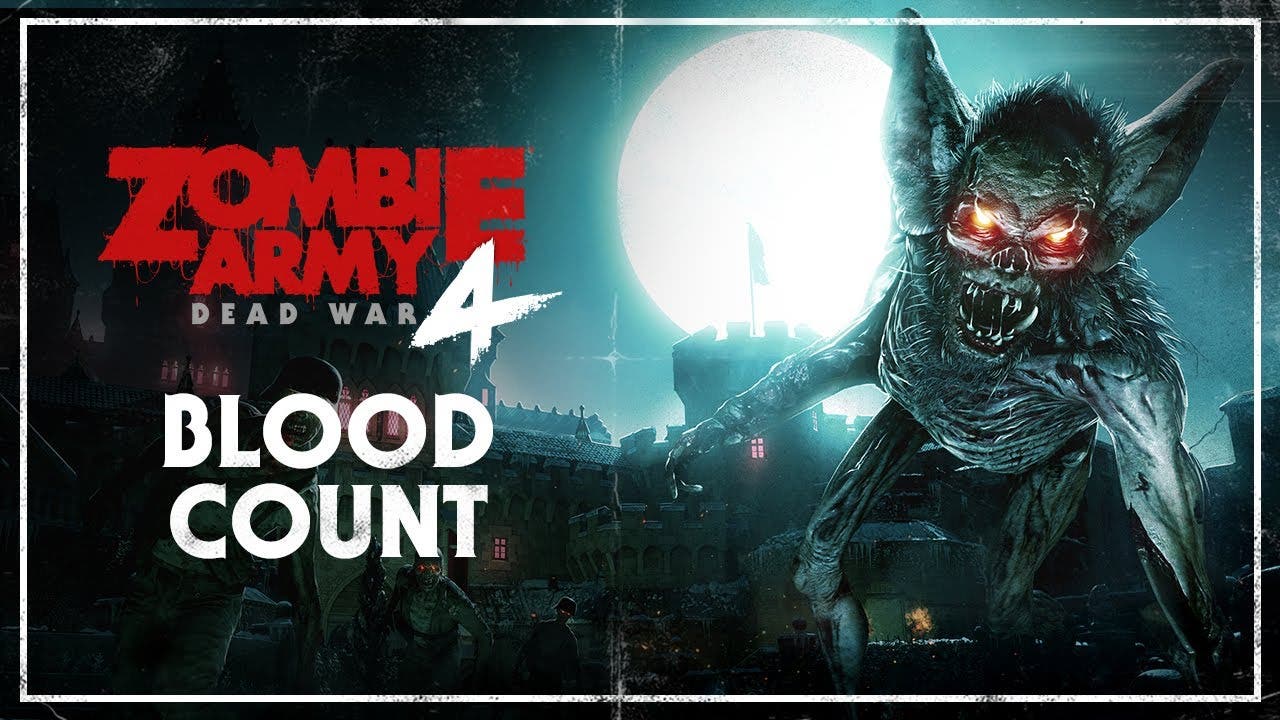 Blood Count, the thrilling second chapter in the “Hell Cult” campaign is out today on PlayStation 4, Xbox One, the Epic Games Store and Stadia.

Take on Transylvanian undead and SS cultists as you break into an abandoned castle. Unravel mysteries of the occult and drill deep into the crypt’s darkest secrets!

Check out the new Blood Count trailer, offering a teasing glimpse of what’s to come in the concluding chapter – what manner of evil lurks beneath the surface…?
As well as the new campaign mission, there’s a ton of new content out today for Rebellion’s co-op shooter, and plenty to satisfy anyone’s blood-thirst!

In addition to the Blood Count campaign mission, new content out today includes:

The Zombie Army 4 Season 1 Pass offers access to ALL Season 1 content including Blood Count. It’s available to purchase no on all platforms and it’s also included in the Zombie Army 4: Super Deluxe Edition.
Content can also be bought individually.