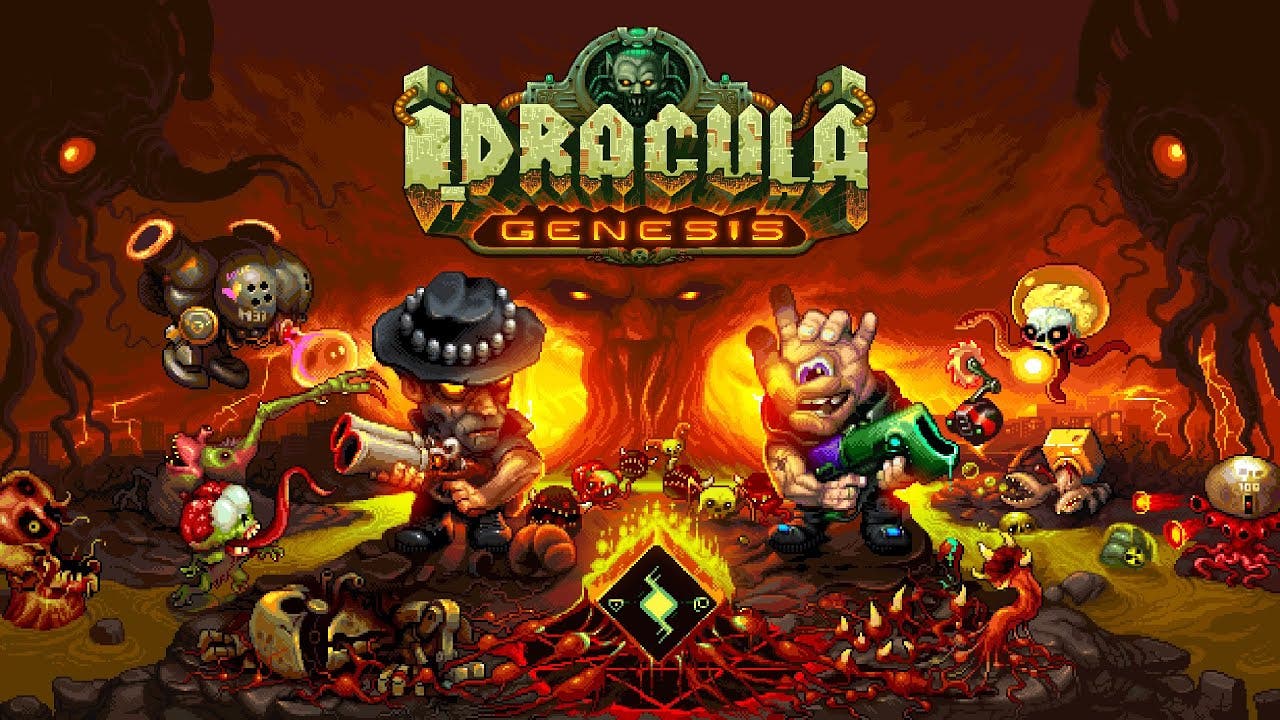 After 5 years of development independent developers, Moregames are excited to share the news that their ‘retro-fueled’ game, I, Dracula: Genesis, is available now in Steam Early Access. A demo is available on popular indie gaming website GameJolt.

I, Dracula: Genesis is a hard-as-nails roguelike meets twin-stick shooter that isn’t for the fainthearted! Offering five generically modified ‘heroes’ to wreak havoc with, four procedurally generated world to slash your way through and over 1200 customisable items to build your ‘perfect run’ with. I, Dracula: Genesis has a hefty offering of roguelike action, and that’s just the Early Access release.

What you knew of Earth no longer exists, a cataclysm has made sure of that. The place you once knew as a home is now overrun with monsters, demons, aliens, and ravenous robots, all of which now plague Earth and there’s only one answer to wiping out their existence – the Hunters!

Hunters are genetically modified ‘heroes’ who are the only living life form (other than the monsters, demons, and aliens) who can survive the harsh environments of Earth. At the point of the Early Access launch, you’ll be able to select from five different hunters, all of whom bring their own ‘unique’ skills to the fight. When I, Dracula: Genesis reaches full release there will be a playable pool of over ten Hunters.

A roguelike wouldn’t be a roguelike if it didn’t warp you into its endless replayability world and suck countless hours of your gaming life out of you. You’ll be pleased to hear that I, Dracula: Genesis is not different here. Currently, the game comes with over 120 enemies and 20 bosses overcome, all of which will challenge you on an individual level. Combine this will the 1200+ relics, weapons, skills, perks, consumables, and passives you’ll find on your many different runs and there’s a lot to master in I, Dracula: Genesis.

Throughout the Early Access campaign developers, Moregames have planned substantial support for the game, including:

I, Dracula, Genesis is currently set for a Summer 2021 full release, which will also see console player get in on the hunter slaying action!

I, Dracula: Genesis is available now in Steam Early Access for £12.39/12.9€/$15.99. The game is currently supported with Steam’s new release discount, offering players 15% of the entry fee to the Earth-saving, Hunter slaying action, this offer ends on Friday 29th May.