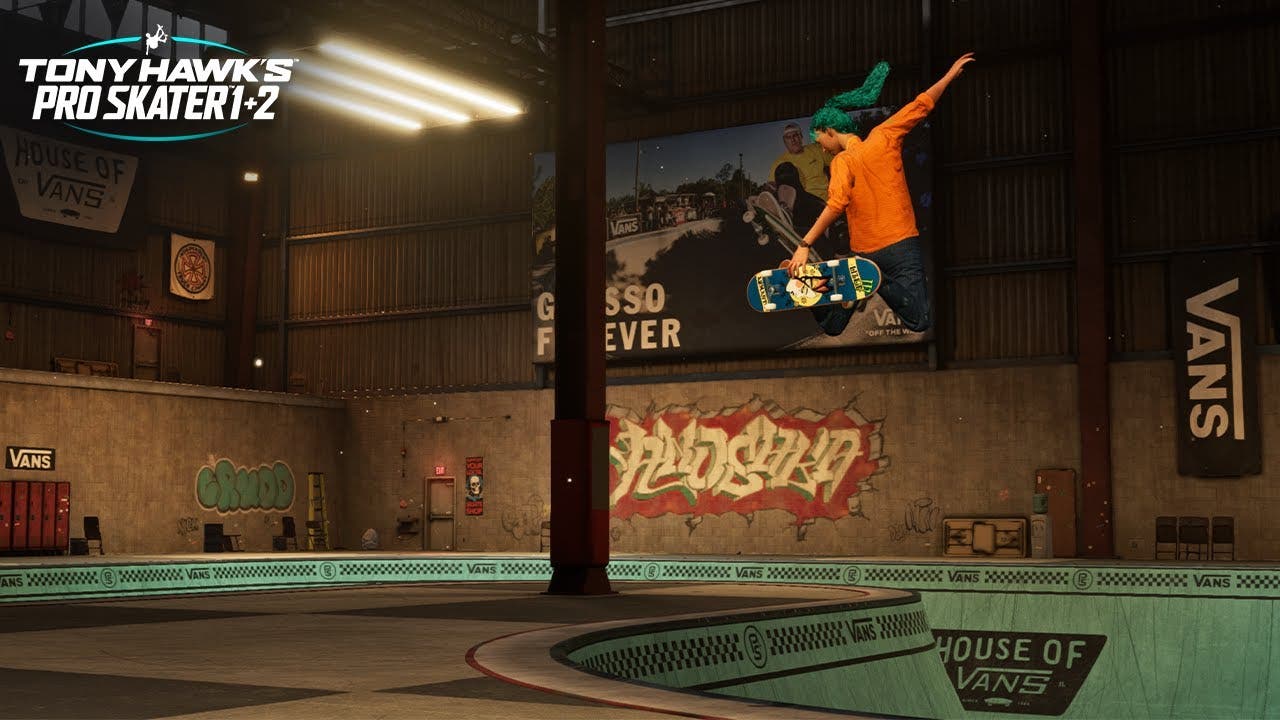 SANTA MONICA, Calif. – June 23, 2020 — The genre-defining Tony Hawk’s Pro Skater franchise made its mark on videogames in the ‘90s touting the top names in skateboarding at the time. With the launch of Tony Hawk’s™ Pro Skater™ 1 and 2 on September 4, 2020, the legacy continues with some of the most preeminent pro skaters in the world today — Nyjah Huston, Leo Baker, Leticia Bufoni, Aori Nishimura, Lizzie Armanto, Shane O’Neill, Riley Hawk and Tyshawn Jones — joining the lineup of OGs in the remaster.

“Modern-day skateboarding originated from a generation of skaters who grew up playing the original Tony Hawk’s Pro Skater games,” said Michelle Bresaw, Vice President of Product Management and Marketing at Activision. “The world-class pro skaters we’re adding to this remaster took the tricks and combos from the videogame and made them possible in real life. We’re proud that the remaster will represent the skate culture landscape today with a diverse roster of skaters that will appeal to any gamer.”

While some of the new pros have appeared in past Tony Hawk’s Pro Skater games, Tony Hawk’s Pro Skater 1 and 2 will mark the first time that they will grind, ollie and kickflip in the first two games from the franchise. What’s more, Activision, a wholly owned subsidiary of Activision Blizzard, Inc., (NASDAQ: ATVI) announced today that this A-list of new talent will bring their own signature tricks, in full HD glory, to all the levels and gameplay features that fans love about the games. Here’s some cool gameplay of the new skaters in action in the game.
Fans can pre-order Tony Hawk’s Pro Skater 1 and 2 now for PlayStation 4, PlayStation 4 Pro, the family of Xbox One devices from Microsoft, including the Xbox One X, and on PC through the Epic platform. Those that pre-order the game digitally will get access to the Warehouse Demo starting on August 14, 2020, ahead of the game’s official launch.

Tony Hawk’s Pro Skater 1 and 2 remasters the first two games in the Tony Hawk franchise into one awesome package. The game will blend all the original levels, old-school tricks and more that gamers remember with beautifully recreated levels to provide fans with stunning gameplay experiences. The game will also integrate fan-favorite features from games across the entire original franchise, not just the first two games, including revert, lip tricks, wall plants and original multiplayer game modes, both online and for local couch play. Create-A-Park, featuring a robust editor to enable new ways of customization, and Create-A-Skater modes are also back with the remaster! Players will be able to share parks online with friends and outfit skaters with customization options.