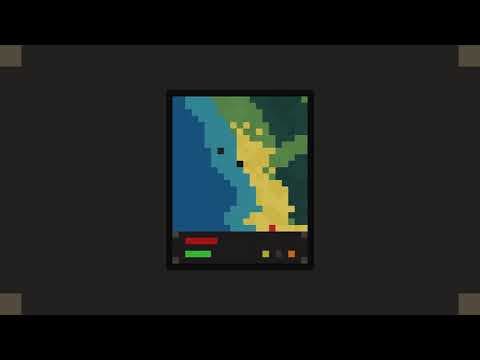 Rename Studio and Jaleo Games are happy to announce the release date of their minimalistic adventure game Alt254, an open-world action-adventure and exploration game. Rename’s debut game will be available on September 4 on Steam for €9,99/$9.99 (check Steam for regional equivalents). The game invites you to a never-seen-before take of the action-adventure genre. You play as ■, a single pixel in a journey of self-discovery through a world you don’t understand yet. You will have to explore the world and overcome its dangers, enemies and hazards, all in the hopes of finding the meaning behind this world and your very existence.

Taking the key features and conventions of action-adventure games, Alt254 deconstructs one of the key genres in the history of games to express the true core of its key features. Alt254 will be released on Steam in English, Spanish, German, French, Chinese and Russian (other languages will be confirmed later on).

Lush landscapes are reduced to one of the smallest resolution ever seen in games, only 21×26 pixels, without losing its sense of wonder. Heart-stopping adventures and terrifying monsters are expressed with a single pixel. Weapons and skills are reduced to the bare minimum: you will need precision, speed and wits to beat enemies and overcome all kinds of hazards.

Embark on a fascinating minimalistic adventure where you will explore an open world, full of surprises and enigmas, where every location is different and brings its own challenges. The very first puzzle will be to understand the world around you, its rules and mechanics…. but that is just the beginning. In your adventure, you will find broken pieces of your memory — glimpses of a lost past, like a shattered mirror, its pieces scattered around the world. Maybe when you find them all, you will understand who you are and why you are here.