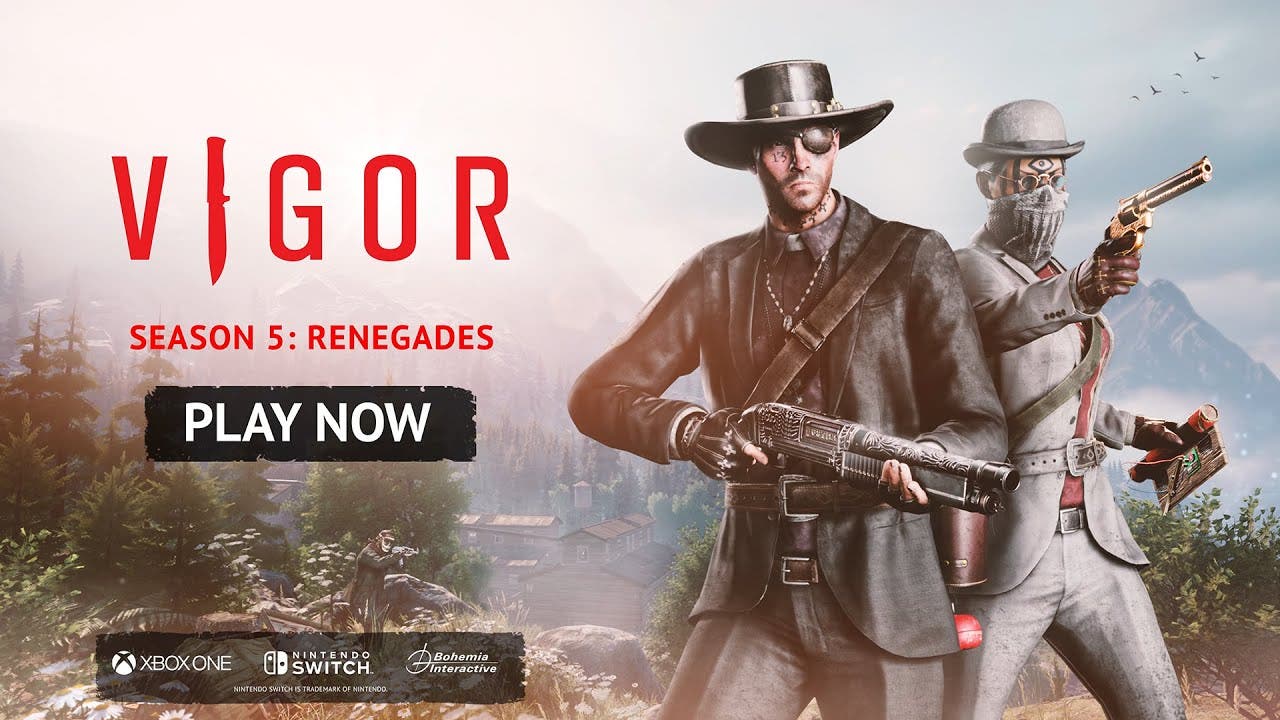 September 9th, 2020 – Bohemia Interactive is proud to announce the release of Season 5: Renegades for Vigor and it is available to play now. The fifth season introduces a brand new map called Sawmill and multiple new ways to play with or without friends, including trios and the lone wolf feature. New armaments and tools also give Outlanders fresh ways to survive against the millions of Vigor players around the world.

The theme for season 5 of Vigor is Renegades. These outlanders are the gunslingers of the Sawmill. They can plunder in groups of three or stalk enemies as a lone wolf. Other outlanders must watch out for their booby traps and deadly bullets, which may hit you even when in cover.

What is Vigor? It’s an upcoming free-to-play shooter where you build your shelter in post-war Norway. Over 4,500,000 players have jumped into the beautiful (but deadly) Outlands so far. More will be joining the battle soon as Bohemia announced Vigor for PS4 and PS5 during Gamescom 2020, alongside the reveal of the Nintendo Switch free-to-play release date.

Get ready to outlive the apocalypse!

To learn more about Vigor, visit: