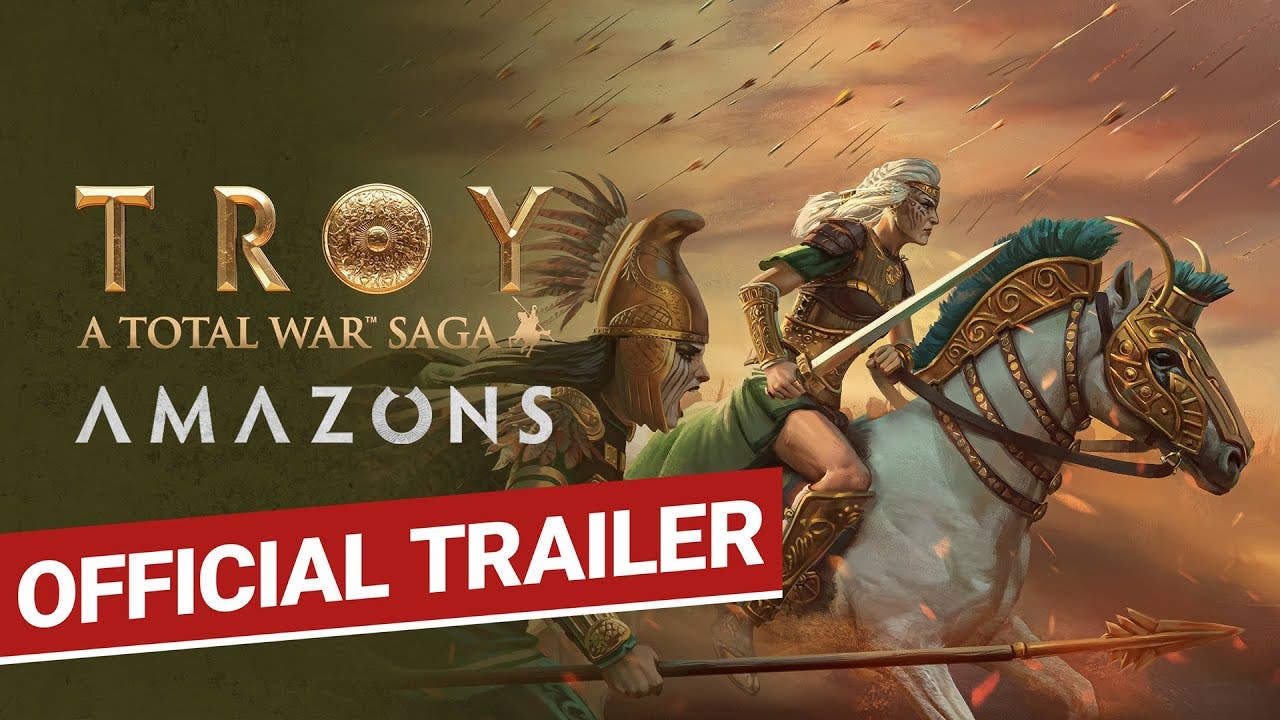 The AMAZONS come to A Total War Saga: TROY on September 24th, FREE-to-keep for a limited time

Fifteen years before Paris takes beautiful Helen of Sparta and sparks the Trojan war, a group of Athenian raiders lands near Themiscyra, bent on pillage and plunder. The defenders, fearless Amazons, manage to repel them but their queen Antiope, sister of Penthesilea and Hippolyta, falls as her glorious city burns around her. Daughters of Ares, warriors at heart, death lives at the tip of their arrows! For there, on the battlefield, they exult…

The Amazons Hero Pack will be free-to-keep if claimed between the 24th of September until the 8th of October, and introduces two of the fiercest female heroes of the age to A Total War Saga: TROY. Take on the role of Hippolyta, queen of the Amazons, or her fierce warrior-queen sister Penthesilea and carve out a new legacy for your tribes. Both characters welcome new and unique campaigns, as well as a diverse host of features including the first female-only Total War army roster and the first horde faction for a Total War Saga: TROY.

As Hippolyta, players can capture sacred regions to gather Amazon Treasures and unlock Amazon Kingdom milestones to rank up your units, improve diplomatic deals and instantly complete Royal Decrees. As Penthesilea, with a horde army at your side, roam the world and capture new settlements. Each settlement grants you unique War Spoils, which you can use to boost your campaign.

The Amazons DLC goes on sale from the 24th of September but can be redeemed for free until the 8th of October if players have signed up to Total War Access and have linked it to their Epic account. Further details about the Amazons Hero Pack and how to redeem it can be found on the Total War FAQ here: https://www.totalwar.com/blog/a-total-war-saga-troy-amazons-faq/