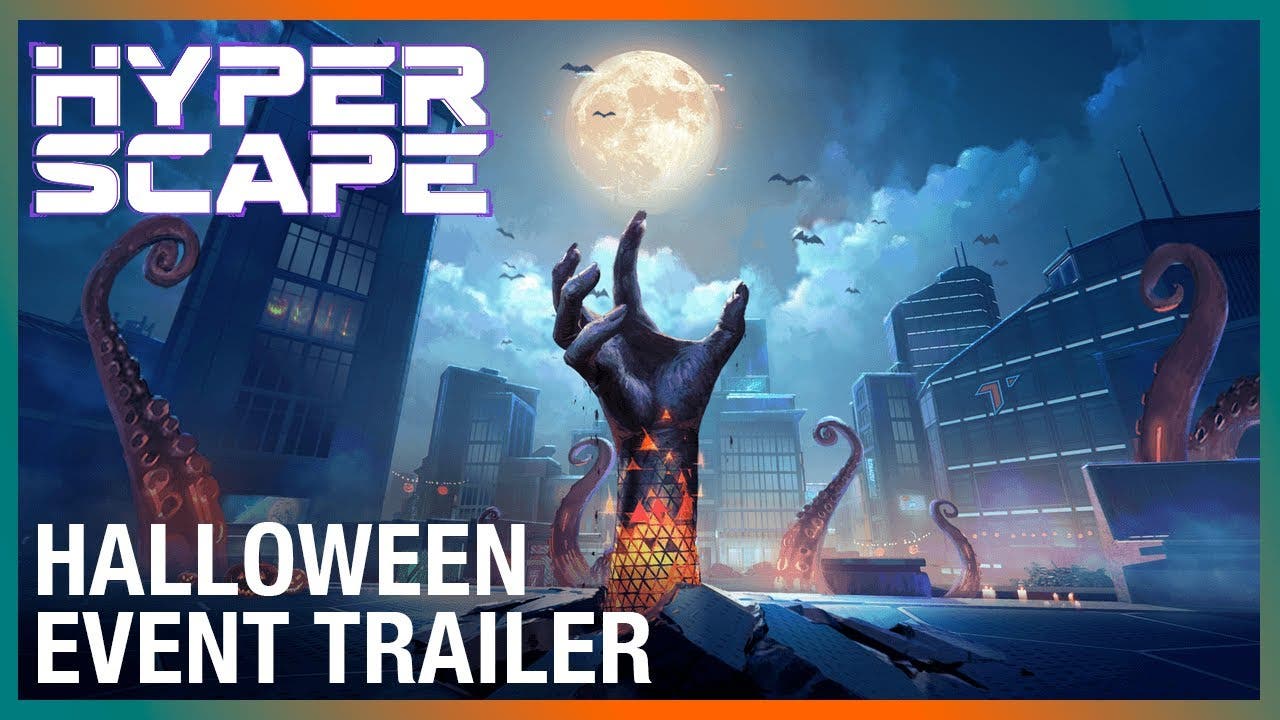 Halloween is coming to the Hyper Scape™, taking over Neo Arcadia from today, October 20, until Tuesday, November 3 across all platforms. The Hyper Scape Halloween Event is the first major seasonal celebration coming to the game: it includes exclusive new cosmetics, a full Halloween night dress-up for Neo Arcadia and two limited-time game modes starting with Crown Rush Solo and continuing later with Dark Haze Squad. The Crown Rush Squad game mode will be also playable during the entirety of the event.

Players will be able to try out Crown Rush Solo in a brand new, exclusive environment since the full map will be in night mode. Additionally, Crown Rush Solo is receiving a major twist with the introduction of the Second Chance, a new game feature allowing players to come back from the dead. During the first minutes of the match, players who are knocked out in combat will be sent back to deployment pods instead of being eliminated, earning themselves a Second Chance.

In the event’s second week starting on October 27, things will get extra spooky as a thick Halloween fog will also be covering the city in the brand new Dark Haze Squad mode. With limited visibility, no Crown and an arsenal reduced to a selection of weapons and hacks, players will have to work together with their squad to track and eliminate all opposition to get victorious.

During the event players will also have the opportunity to purchase a selection of new exclusive Halloween-themed cosmetics available in the game’s store, including new Champion outfits, new deployment pods, new weapon skins, and more.

Hyper Scape is an urban, fast-paced, free-to-play Battle Royale game developed by Ubisoft Montreal and now available on PC, PlayStation 4, and Xbox One. Hyper Scape’s Season Two “The Aftermath” introduced a new weapon, a new landmark on the map, new game modes and updated Hyper Scape Crowncast features as well as new story elements. Set in the virtual city of Neo Arcadia, up to 100 players face each other to become champion of the Hyper Scape.