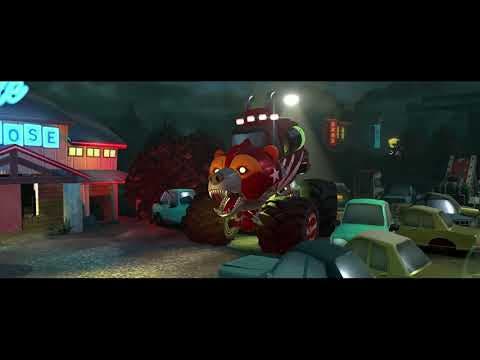 AUSTIN, Tex. – 22 October 2020 – Ray’s The Dead, the dark comedy, zombie action adventure filled with ‘80s nostalgia from Ragtag Studio, brings an undead army to PlayStation 4 and Steam for PC today in North America. The doors to the afterlife will open for European PlayStation 4 owners on 29 Oct. and on Nintendo Switch in 2021. Ray’s the Dead will be playable on PlayStation 5 Day One via backwards compatibility.

A confused Ray LaMorte wakes up in a cemetery as a newly turned zombie. Dig up the truth behind Ray’s death alongside a horde of fellow zombies. Command minions to wage war against ridiculous enemies, smash obstacles, solve puzzles, burrow to secret areas, and more in strategic action gameplay inspired by Overlord and Pikmin.

With each peek into the past, what led to Ray’s demise comes into focus alongside the one thing he needs most: redemption. A turbulent yet touching adventure about rediscovering and forgiving oneself, Ray’s The Dead reflects on choice, consequence, and how it’s never too late to make things right.

“Zombies aren’t known for their land speed, but when they arrive, they bring the time of your afterlife,” said Shawn Halwes, technical director. “Smash some stuff and eat some brains, but beneath the rotting surface, we think you’ll find an underlying message about seizing your second chance.”

Ray’s The Dead launches today for $19.99 USD on PlayStation 4 in North America and Steam for PC. A PlayStation 4 release in Europe will follow on 29 Oct. before zombies rise on Nintendo Switch in 2021.

For more information, haunt the official Ragtag Studio website, shuffle behind @RagtagStudio and @RaysTheDead on Twitter, tear open the studio’s Facebook page, and join the zombie herd on Discord.