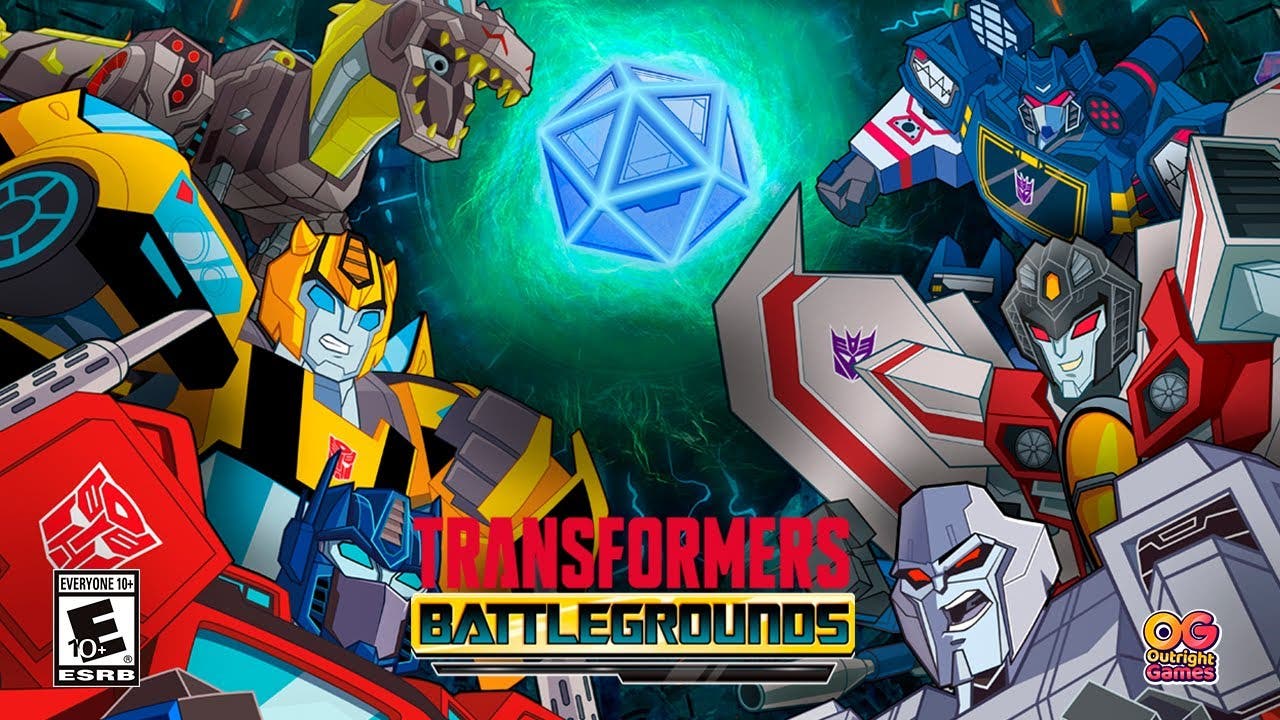 TRANSFORMERS: BATTLEGROUNDS, a turn-based combat game is now available on PC and console

London, October 23, 2020 – Today Hasbro Inc. a global play and entertainment company, Outright Games, the leading worldwide publisher of family-friendly interactive entertainment, and UK based developer Coatsink are ready to roll out, as TRANSFORMERS: BATTLEGROUNDS releases on console and PC. This brand-new take on the global blockbuster Transformers franchise puts gamers in control of intense tactical combat and tells an original story for Transformers fans of all ages. TRANSFORMERS: BATTLEGROUNDS is out now on Playstation® 4, Xbox One, Nintendo Switch™, and PC Digital.

TRANSFORMERS: BATTLEGROUNDS is an all-new tactical combat game, featuring fan favorite characters from the Transformers franchise including Bumblebee, Optimus Prime, Grimlock, Starscream, and Megatron as they battle it out for control of the AllSpark in single-player and co-op gameplay. Combat takes place across an array of diverse levels, including iconic locations such as Central City and Cybertron where players will take command of their squad and fight together to save (or destroy) the galaxy.

Players have the option of purchasing the Standard Edition or Digital Deluxe Edition of the game. The Digital Deluxe Edition contains the base game found in the Standard Edition, alongside bonus character cosmetics, including four new character skin packs and the exclusive CUBE arcade game-mode. CUBE pits the Autobots and Decepticons against one another in one of four ‘capture the cube’ arena environments where they must use their special abilities and battle it out for control of the Cube.

“We are incredibly honoured to have the opportunity to work with Hasbro and create a new take on this iconic franchise,” says Terry Malham, CEO of Outright Games.  “We have grown up with the Transformers Universe and are excited to be involved with the publication of this game.”

“The Transformers franchise has spanned many different forms of entertainment over the years and we’re always excited by a new video game featuring everyone’s favourite bots,” says Mark Blecher, Hasbro SVP Corporate Strategy and Business Affairs. “It’s an incredibly exciting time for the video game industry and we couldn’t be more pleased to launch this new title for fans of all ages to enjoy.”

Transformers, which started life as a toy-line and then TV series in the 1980s, has grown into a beloved global brand spanning generations. The Transformers franchise has produced over 10 independent films and countless video games, continuing to make it a household name.