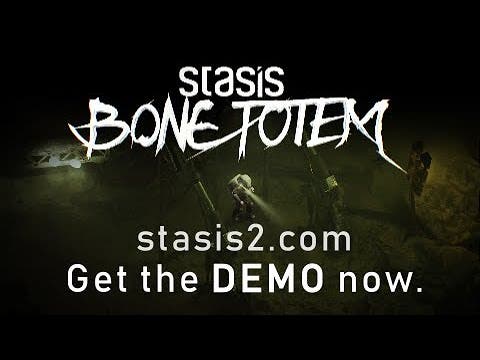 Hot on the heels of BEAUTIFUL DESOLATION this year, The Brotherhood announces their next game is in the pipeline, along with trailer and demo.

Indie studio, The Brotherhood today revealed the trailer for their upcoming game. STASIS: BONE TOTEM is a fresh, new story in the STASIS universe. Along with this exciting announcement for horror and isometric fans, is a playable demo! As with their previous successful releases, there will be a crowdfunding campaign that you can be part of.

“We put our money where our mouth is and put together a chapter demo of STASIS: BONE TOTEM. The demo introduces our new characters, new setting and shows the unique mechanic of multiple characters. We want the fans and community to join us on this game development journey, which is why we’ve again opened this adventure to crowd funding,” comments co-founder, Nic Bischoff.

STASIS: BONE TOTEM is a thrilling and spine-tingling journey into the unknown fathoms of the icy ocean and the terrors that await a family. They will uncover a threat far beyond their wildest dreams. Follow Mac, Charlie and their Super Toy, Moses as they explore the DEEPSEA15 while testing their resilience, their resolve and relationships. Play the demo now to get a taste of what The Brotherhood continues to create, with 2D isometric environments, classic adventure gameplay with a dash of horror.

“After we launched BEAUTIFUL DESOLATION, we were keen to get started on our next project. After much deliberation, we decided to take another look at what the STASIS universe had to offer after so many people enquired about STASIS 2,” says co-founder, Chris Bischoff.

This will be the studio’s fourth game, and promises that this fresh STASIS story will push our characters to the darkest corners of mankind.

STASIS: BONE TOTEM is a new gruesome narrative with a fresh cast but features the same gameplay as STASIS and CAYNE. Combine items, interact with computers, and solve puzzles while experiencing the gritty atmosphere!