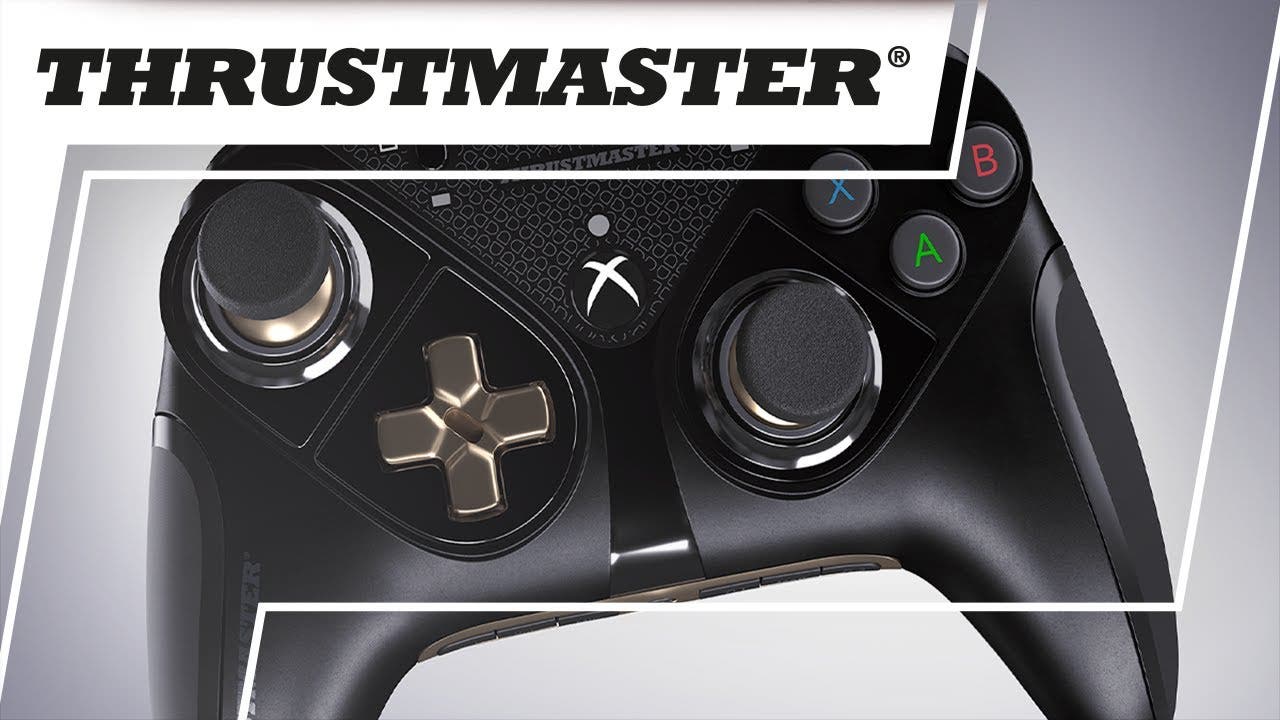 Rennes, November 10, 2020 — Thrustmaster is continuing to innovate, and is thrilled to announce the arrival of its second professional, modular ESWAP gamepad controller officially licensed for Xbox®.

The ESWAP X PRO CONTROLLER is the fruit of a full year of research and development work and consultations with professional gamers, with the goal of meeting the growing demands from an uncompromising class of ranked gamers.

This new gamepad’s innovative design and extreme level of precision take into account observations from Xbox and PC gamers, with a unique modular concept that only Thrustmaster has to offer.

The brand-new edition of the initial model launched last year, version X features next-generation mini-sticks for a longer lifespan and greater precision, the ability to physically lock the triggers, manual button remapping, and headset volume control — plus access to the latest version of the popular Thrustmapper software, with great new features.

Thanks to its close collaboration with Microsoft®, Thrustmaster has once again succeeded in pushing the technological boundaries in order to offer totally new functionalities to gamers, while ensuring perfect compatibility on both new and older generations of systems: Xbox One®, Xbox One X, Xbox Series X|S and PC (Windows® 10).

The T-MOD technology built into the ESWAP X PRO CONTROLLER is the result of deep reflection on the ways in which gamers use their gamepads.

The best gamers are looking for both incredible flexibility in terms of how they play, and next-level tools to help them make their way up the rankings as they compete on different platforms (PC and console).

Thanks to the Hot Swap feature allowing for all of the gamepad’s modules to be instantly swapped around at any time, gamers can quickly and easily take advantage of the optimal configuration for any game they’re playing.

Next-generation mini-sticks: better precision, and an even longer lifespan

Gamers will enjoy better physical resistance (+33%), improved re-centering precision (+66%), and even double the lifespan for the built-in mini-stick buttons (+100%).

Thrustmaster now lets gamers adjust the physical range of travel on the triggers, for the best fit with any gaming style: reducing the travel by 50% can be extremely useful in shooter games, where the triggers’ responsiveness is a major advantage in terms of increasing the firing rate and emerging victorious when facing off against adversaries.

In this way, shooter game players can take advantage of enhanced responsiveness with a shorter range of travel on the triggers — while a longer range of travel will provide more precision and a truly progressive feel in other types of games.

Thrustmaster is also offering new modules compatible with the ESWAP X PRO CONTROLLER, featuring super-responsive tact switches providing a greater level of precision and near-zero response times, along with a better feeling of control — during even the longest gaming sessions, and well into the future.

The ability to manually remap the rear buttons lets gamers find and use the best combinations of buttons to adapt to all types of games, as well as all hand sizes.

Being able to quickly adjust their headset’s volume increases gamers’ ability to focus, for the best fit with whatever part of the game they’re in — and gives a considerable boost to the practical aspect of IRL (In Real Life) listening, when needed.

Like its predecessor, the ESWAP X PRO CONTROLLER features a unique, brand-new ecosystem of modules without any limits, officially licensed by Microsoft, allowing users to update the look of their gamepad and enhance its performance.

With the goal of continuing to meet the needs of ranked gamers always looking to make the next leap forward, the ESWAP X PRO CONTROLLER lets users take advantage of super-soft, smooth grips — for the first time ever. It’s a truly remarkable new level of comfort that really makes all the difference. 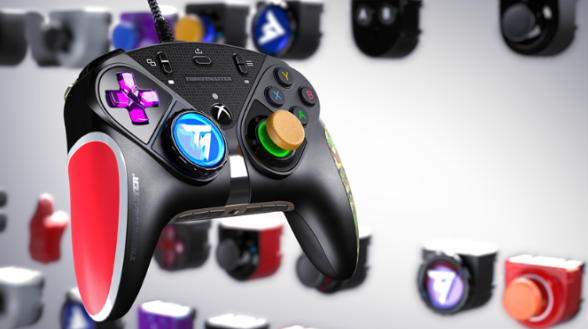 Image not binding. The modules depicted in this image are artistic concepts, and are not sold with the ESWAP X PRO CONTROLLER.

Thrustmaster is also pleased to be offering different packs and modules to accompany the launch of the ESWAP X PRO CONTROLLER this year, allowing gamers to adapt their gamepad to their own individual needs — and start fresh with new individual modules, when necessary.

Camo-inspired packs of modules for the ESWAP X PRO CONTROLLER, allowing users to expand their gaming comfort zone. Modules with new shapes and textures let gamers push their boundaries and take their gaming to the next level — with 7 modules, plus 2 additional mini-stick caps.

Replacement next-generation mini-stick: start fresh if you lose or break your mini-stick module, or if you’ve gotten through its lifespan of millions of activations.

Replacement D-pad: start fresh if you lose or break your D-pad module, or if you’ve gotten through its lifespan of millions of activations. 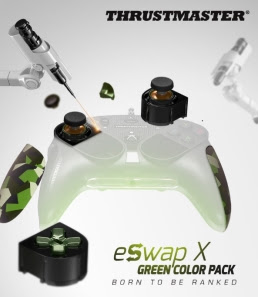 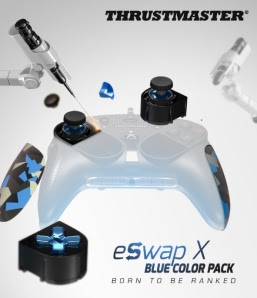 The Thrustmapper software lets gamers configure all important settings, by creating customized presets specially adapted for particular games or characters. These presets can be used on both Xbox and PC, for perfectly seamless multi-platform use.

For the launch of the ESWAP X PRO CONTROLLER, Thrustmaster is also adding the ability to modify the shape of the dead zones curves for the left and right analog mini-sticks, allowing all gamers to adapt the mini-sticks’ performance for the very best fit with their needs.

Of course, Thrustmapper also offers other incredibly useful features for creating completely customized gaming presets — including configuring the sensitivity curves for the analog mini-sticks, the ability to remap buttons, and adjusting vibration levels.

ESWAP: an eSports leader in less than a year

Since its launch in 2019, the ESWAP range has won the allegiance of a large number of leading eSports gamers, in a variety of different games (FIFA, Rocket League, Call of Duty, NBA 2K and many others), and captured the attention of thousands of ranked gamers battling for victory worldwide.

At the dawn of this new era, and a promising new year for eSports and gaming in general, Thrustmaster is further strengthening its standing as one of the most advanced, active and innovative gaming industry players of its generation.

Follow Thrustmaster on social media to stay up to date with all of the brand’s latest gaming news: