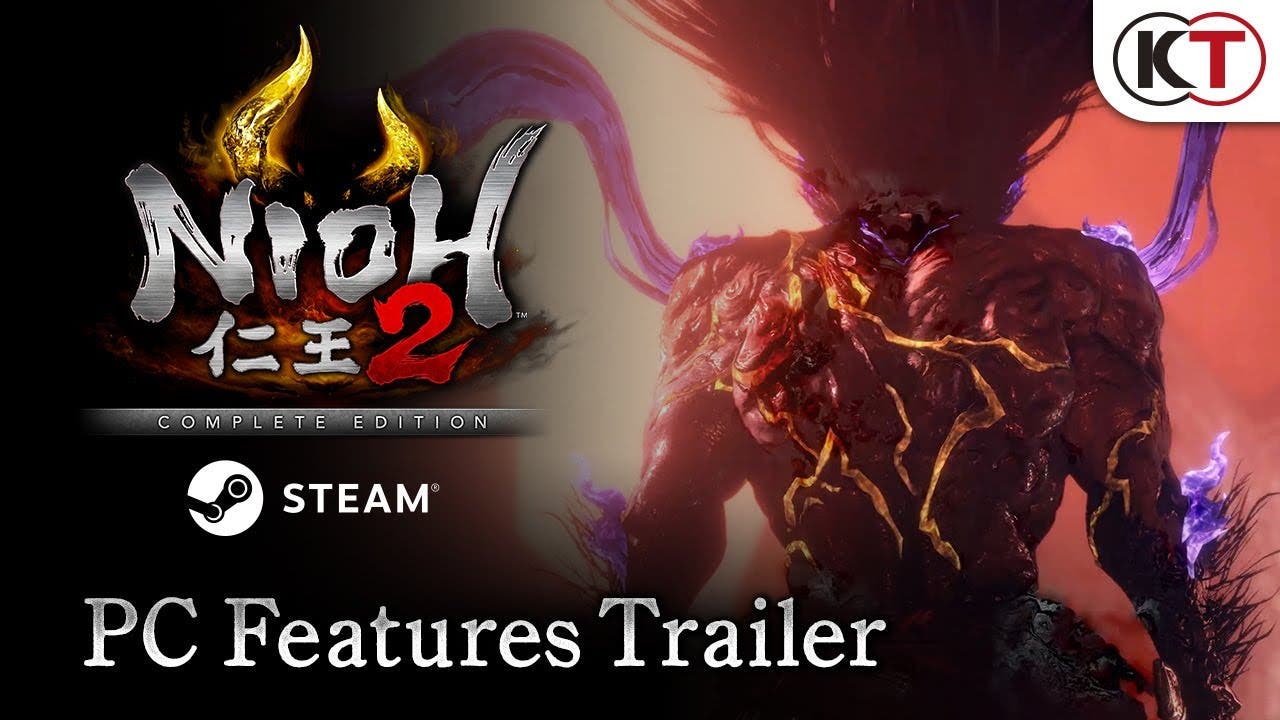 BURLINGAME, Calif. – Jan. 15, 2021 – Today, KOEI TECMO America and developer Team NINJA detailed the wealth of features on offer to PC players in their highly-anticipated dark fantasy action-RPG, Nioh 2 – The Complete Edition, slated to launch on February 5, 2021 for PC via Steam®.

In Nioh 2 – The Complete Edition, players will encounter a deadly assortment of enemies as they venture through both Sengoku-era Japan and the deadly Dark Realm – though they do not have to take on this challenge alone. PC players will receive all of the multiplayer features present in the original release, allowing them to summon help when the going gets tough through both the base story and all three DLC expansions.

There are three different multi-hero experiences available in Nioh 2 – The Complete Edition: Bloody Graves, Benevolent Graves, and the Co-op Mode found at the Torii Gate. At Bloody Graves, players are able to summon the Revenant (AI controlled spectres) of other players, offering them a chance to fight these spirits to earn loot and experience. Benevolent Graves similarly allow the summoning of an AI controlled character, but when offering Ochoko Cups to these graves the character will fight alongside your player for a brief period. The final option, the Co-op Mode found at the Torii Gate, offers players the chance to fight alongside each other in real-time to defeat the deadly yokai. While playing in this online mode, companions can be resurrected mid-fight; however, there will not be any checkpoints to rely on.

PC players will be able to enjoy the complete single-player and multi-player experience with crystal clear 4K Ultra-HD support, alongside ultra wide-screen compatibility, HDR monitor support, and 144Hz monitor support complete with silky-smooth gameplay at a consistent 60/120 FPS on compatible systems*. With full mouse and keyboard customisation support, and gamepad compatibility, there are plenty of ways to enjoy the most definitive version of the title to date. To highlight these technical additions, Team NINJA released an action-packed new trailer to showcase the wide range of features on offer to PC players.

KOEI TECMO America and Team NINJA also announced today that players who purchase their copy of Nioh 2 – The Complete Edition within the first three weeks from launch will receive the bonus pieces of armor “Sohaya Deserter Garb” and “Ornate Gold Armor” for use on their adventure.

* Features listed, such as 4K and 120 FPS, require a monitor and PC components that support these modes.